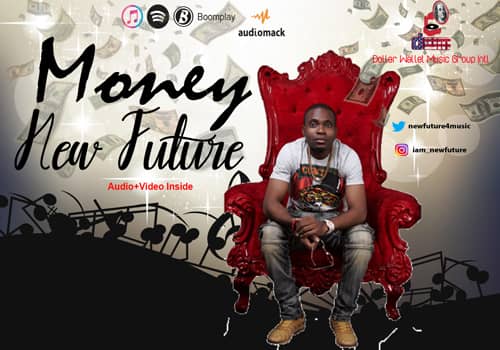 New future is on point this year! and still dropping it like it's hot, after the success of his much anticipated single, "Thank you" - he has finally dropped a total knockout titled "Money".

"Money " is the title of this much-Anticipated song from the stables of Dollar Wallet Music Group Int, New Future a.k.a .mr never going back, took his time to dish out

This club banging smash hit "Money ", is taken from the soon to be released extended play titled "My story E.P". The video was shot in a location in Lekki and directed by H20. You can check it out here

Enjoy and God bless you all worldwide
Twitter @newfuture4music