Yung L is a unique totem in Afro-fusion’s gallery. Infinitely capable of switching between the more core drumming of Afropop and the genre’s broader reggae influence, Yung L has a special place among the generation of musicians diversifying the sound of music coming out of West Africa. Juice and Zimm, Yung L’s January 2020 seven-song extended play, was bursting at its seams with soulfully- distilled riddims and ear-worms that often read like confessionals and slow-flickering party starters. Months later, the lustrous energy of “Eve Bounce” received a remix do-over; housing a guest from none other than Wizkid. 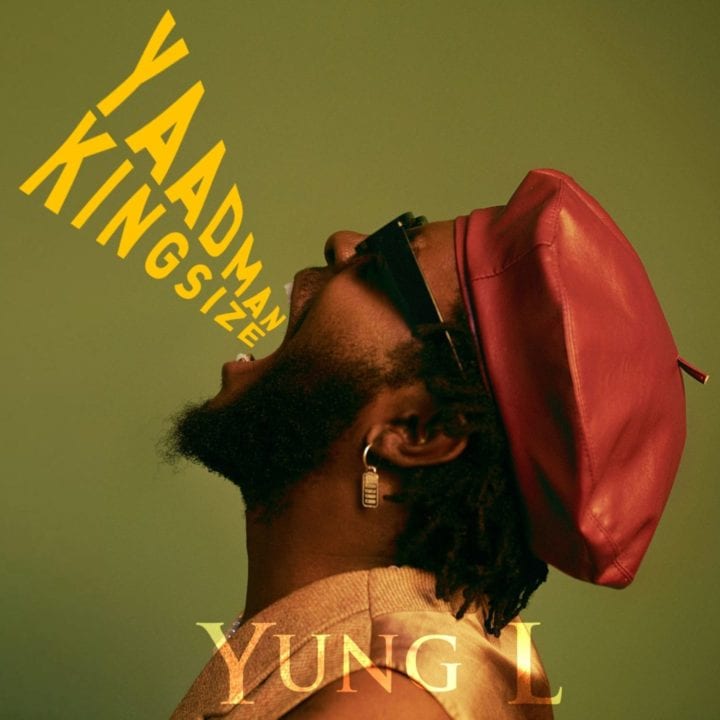 Confident in the strength of his work, Yung L is putting out his sophomore album, Yaadman Kingsize, in the first month of 2021. Yaadman Kingsize is, ultimately, the metamorphosis of Yung L’s Mr Marley persona but on the album, there is more of the tinkering that he started on his debut, Better Late Than Ever. Without sacrificing rigour, Yung L distills reggae, rock, afro-fusion, and afrobeat for a memorable showing. On “Yaadman (Intro),” the project’s opener, he is confessional and in prime sing-rapping form as he loops in billowing horns to add a backdrop to his energetic verse. “Puna” and “Opp” are perfect examples of Yung L’s affinity for open-ended rock fusions that provide a base for his forward-thinking delivery.

“Rasta,” a collaboration with foremost afrobeat singer, Seun Kuti, is similarly innovative, leaning on the call-and-response that made the genre one of the most acclaimed of its era. Within Yaadman Kingsize, the “Eve Bounce (Remix)” maintains its sweltering energy, and the candour of “Police and Thief” brings a focus to the fundamental breach of trust that triggered last year’s momentous #EndSARS protests.

“Land of Light,” the stunning hymnal that closes Yaadman Kingsize is an indicator of the care taken to craft his sophomore album and, after the highs and lows of 2020, it is a pleasant, entertaining way to open 2021.