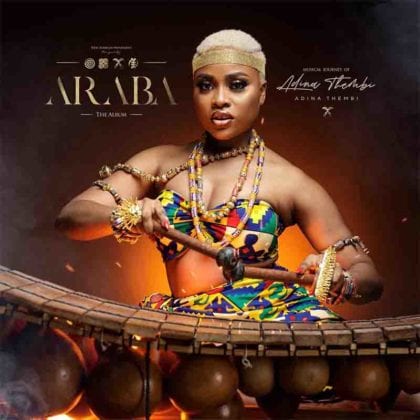 Ghanaian-South African singer, Adina Thembi is out with her debut album, Araba.

Adina, who won the music reality show, Stars of the Future back in 2008, has certainly taken her sweet time to deliver this impressive body of work. Her career really took off sometime around 2016, and in 2017, the awards started coming in. Today, she's one of the finest Afrobeats voices in the Gh scene.

Earlier this year, Adina teamed up with KiDi to bless us with a hit song "One Man" off his "Blue" EP. The duo team up again on this new project, delivering what could be seen as the best record on the album. Listen to "Runaway" featuring KiDi.