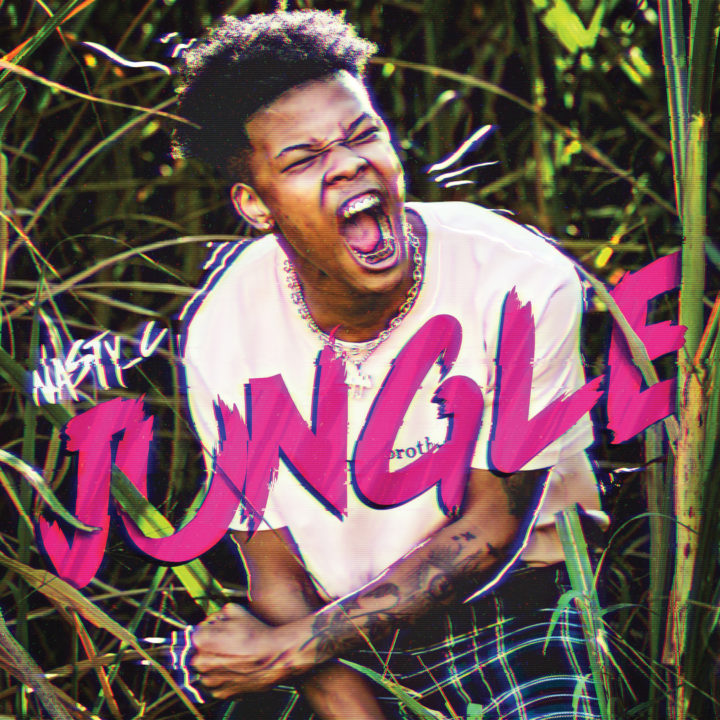 Produced by American beatsmith, Cody Rhones, ‘Jungle’ is a trap-happy song and a meditation on Nasty C’s experience of the concrete jungle that is Johannesburg.

“The jungle is our community where anything and everything happens,” said Nasty C. “It’s where people live recklessly. There are no rules because you can do whatever you want. The jungle is also Jo’burg. A lot more stuff happens there than what happened when I used to be in Durban. Those two meanings are intertwined.”

While ‘Jungle’ sees a more aggressive Nasty C re-enter the music scene, it’s the “fake-woke” who are skating on thin ice on ‘King.’ The song, produced by South Africa’s Tweezy, is a tongue-in-cheek look at misguided youth who refer to themselves as “young kings.”

King features American rapper, A$AP Ferg, who recorded his verse during a visit to South Africa. “It’s not like I’m calling myself king,” explained Nasty C. “It’s about these kids who talk too much and I’m mocking the term ‘king’ because of how those guys call each other that.”  On ‘King,’ Nasty C raps about visiting places like Kenya, Nigeria and Ghana and waxes lyrical about feeding women jollof rice. Travelling has given the 21-year-old a wealth of experience to pour into his new music and he is thrilled to share it all in Strings And Bling.

Strings And Bling is Nasty C’s first release through Universal Music Group Africa and the team in Nigeria shared their excitement about the opportunities for this talented artist within the market.

The General Manager, Universal Music Group Nigeria, Mr. Ezegozie Eze, said: “Nasty C is one of Africa’s finest musical exports and his latest album is a testament to the skill, craft and passion that he brings to his game every single time. Each song on the album tells a story and connects with listeners in different ways, and we are thrilled to bring this excellent body of work to the market.”

Born Nsikayesizwe David Junior Ngcobo, Nasty C signed wita Universal Music Group Africa in 2018 and has made a name for himself as the voice of his generation.  Following a chart-topping single, ‘Juice Back’, which spawned an international remix featuring Davido and Cassper Nyovest, the 21-year-old SAMA and SAHHA-winning rapper released his stellar debut album, ‘Bad Hair’, as well as its deluxe re-release, ‘Bad Hair Extensions’, in 2016. Nasty C is also renowned for the hit single ‘Said’ with Nigerian singer Runtown, and for featuring on the Major Lazer dance hit ‘Particula’.