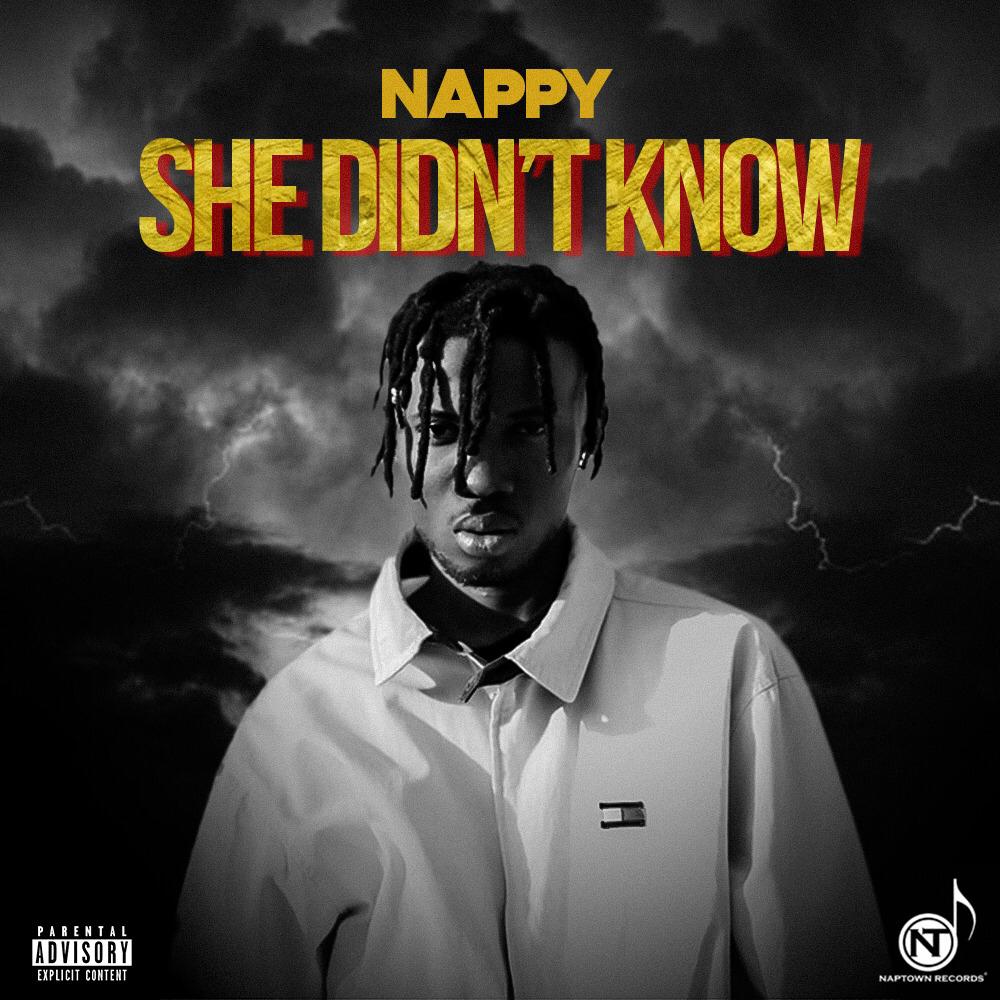 Brand new musical sensation Jimoh Olayinka Dolapo, Nappy boy is Nigerian born rapper, singer, song writer and music producer signed to NapTown records. The multitalented artiste started producing and recording music at age 15 with the intent of pursuing his musical career. Nappy’s music is influenced by a wide range of artiste from different era such as Bob Marley, 2Pac, Drake and Wizkid. His musical flexibility makes his genre extremely unique and it will create a sound that will completely change the music industry. The freshly released single “She Didn’t Know” stings a satire on females who under estimates men based on social status. The song was written and produced by Nappy himself with the influence of record label member Jimoh Oladimeji also known as Elzanzi and Cheekychizzy.