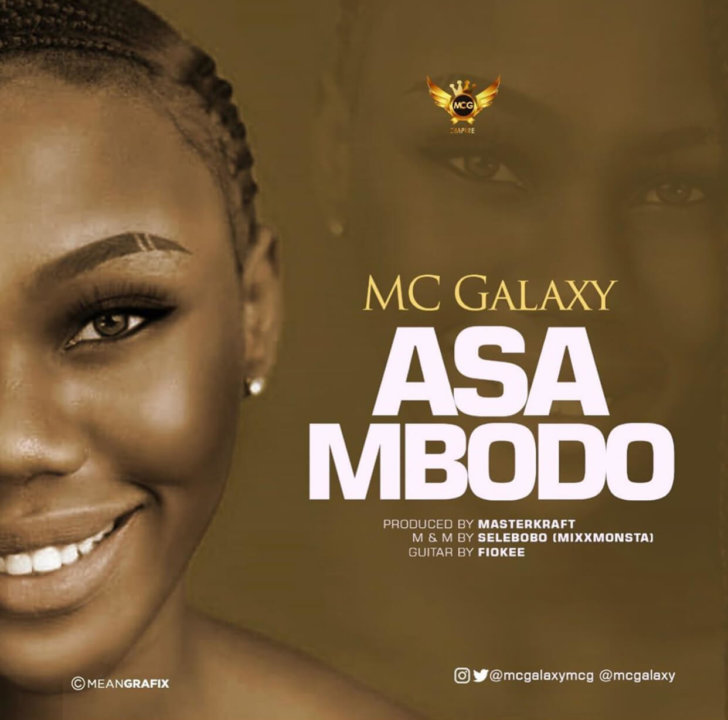 MCG Empire head honcho, MC Galaxy gives us another banger as he hits his seventh release for the year. 'Asa Mbodo' comes after the release of his previous effort, the remix for 'Aliona' featuring the raving act, Zlatan.

The song was produced by heavyweight music producer, Masterkraft, mixed and mastered by Mixx Monsta AKA Selebobo.

Bring out your handkerchief my people, oya na ???