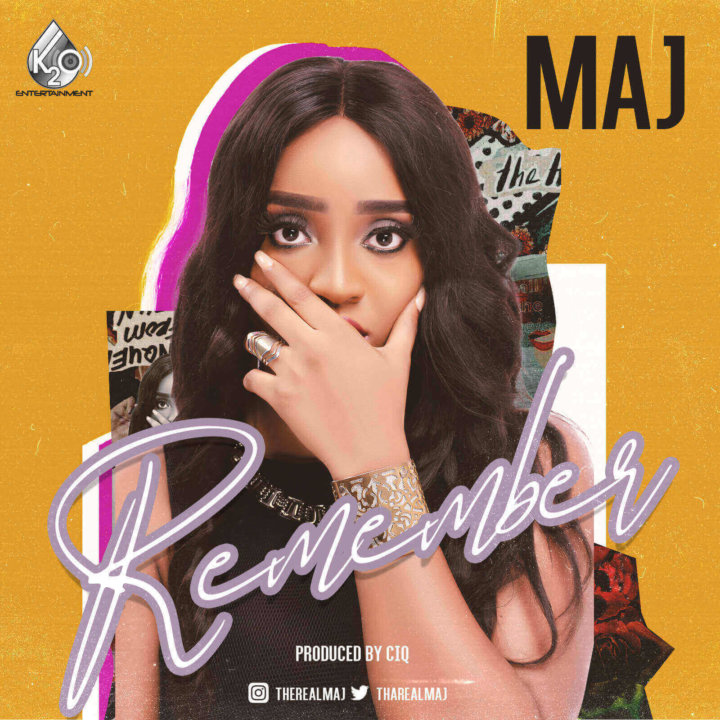 In a time where women are beginning to take a stance for themselves and handle their business, upcoming singer MAJ makes music debut with new single ‘Remember’.

The K20 Entertainment act, MAJ might be a new face in music but not a new one when it comes to airing her views on social media which has gotten people’s attention.

MAJ made her journey into limelight through her cover of Beyonce’s ‘Brown Skin Girl’ which featured Nigeria’s very own Wizkid titling her cover Light Skin Girls. Her cover was aimed at representing other women with a different skin tone, a video which has since gone on to snag a whopping 1.4 million views on Twitter alone which in turn earned her an interview with BET.

With her debut single titled ‘Remember’, this promising young act is sure letting the world know she is here to stay and will be churning out, even more, greater songs as the months roll by. ‘Remember’ is another affirmation from MAJ that the world is indeed her oyster and she has no plans of slacking anytime soon.