Listen to the EDM Remix for 'Starry Nights' by April Maey feat. Cryomatic 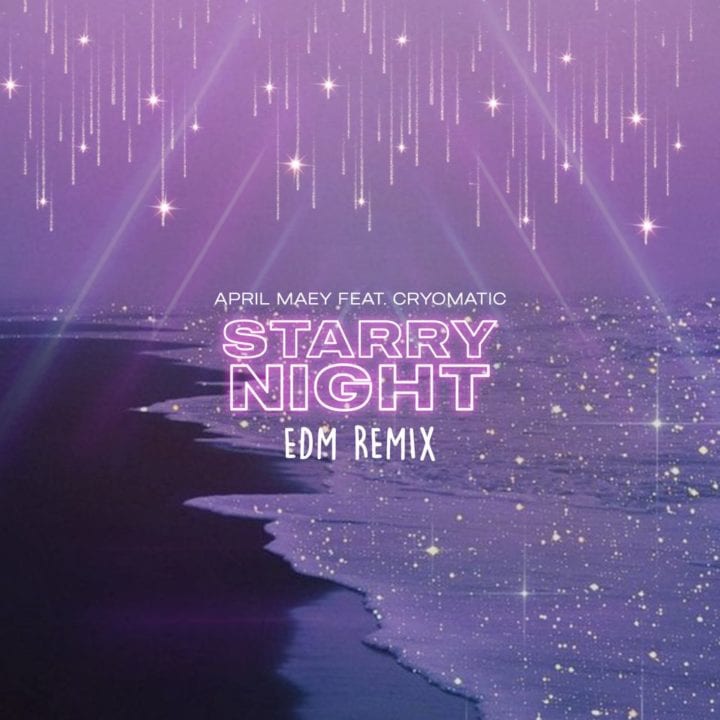 Singer and songwriter, April Maey releases the EDM Remix to ‘Starry Night’ from her sophomore extended play, “Ticket to Anywhere.”

The EDM Remix represents April Maey’s bravery and diversity in the sense that she’s willing to drift between multiple genres and creative fields/processes. There’s no skipping this one, you can set this EDM Remix of Starry Night to repeat and it won’t change its feel.

The dreamy character of her voice over electronic beats installs a calm vibe musical environment. The production is crisp, from the use of silence, distortion as well as the depth of backup vocals, without dampening output. Following Hemingway’s logic, April Maey has stepped in with noteworthy valiance. This is the sort of sound that is needed to unquestionably vivify your summer.