Nigerian singer, Lavish Ghost has recruited season producer Killertunes for a new single titled Viberatom, which is guaranteed to get listeners dancing.

Lavish Ghost and Killertunes team on a fast-tempo number titled Viberatom, a song that emits good vibes and will draw massive replays. The song was released on Monday, the 20th of September 2021. 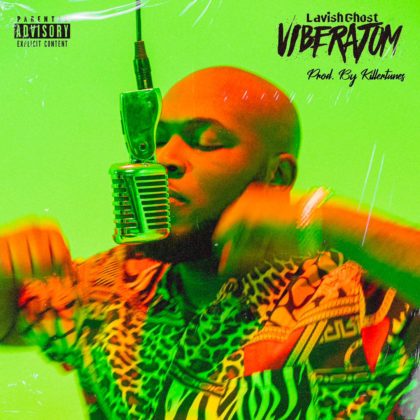 Lavish Ghost is a Nigerian-born recording artist and songwriter whose real name is Osaze Joseph Obayagbona. He was born on the 20th of September in Agege, Lagos State where he was also brought up. He became the talk of the town in 2018 with the release of the popular hit track, Lavish.

Lavish Ghost however experienced his musical breakthrough in 2018 but has been in the music scene since 2011 where he began as a rapper, then a producer, singer and has since then been consistent in the music scene.

Lavish Ghost has made a name for himself as he has gone on to collaborate with a host of various entertainers which has brought him even more fame and prominence in the music industry.

This Killertunes produced song, VibeRatom is a brief fast tempo song that displays positive ambiance and will have you dialing it back for several replays. The song emits positive vibes and Lavish ghost wants everyone to put on their dancing shoes with this new single off his forthcoming EP.