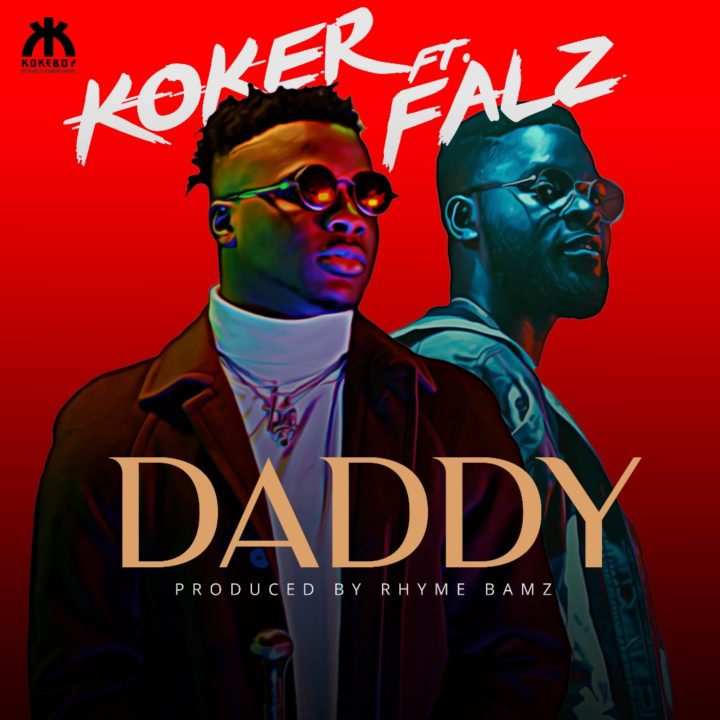 Today Koker gifts his fans with a new single “Daddy” off his soon to be released E.P “ La Vida Koker”. The single features Falz the bad guy and packs some wonderful lyrics. This is coming after a brief hiatus from the scene since he dropped “E dey your body.” Koker expresses his gratitude to his fans for the wait with this melodious sing along.

His time away has been spent cooking up his E.P, a body of work that celebrates Koker’s versatility and expresses his deep felt love for his fans. “Daddy” brings prolific lyrics and a pinch of humor from Falz’s dope verse. The single will be followed almost immediately by an entertaining video shot by Stanz Visuals billed to hit your screens soonest.

This is one of many announcements brought to you by Kokeboy Entertainment this week, most of which will usher in a new era for the multi award winning talent, Koker. This Single, as well as others off his E.P,shows off his tremendous growth over the past years. Most importantly this single is a teaser to what is to come when the E.P drops. Koker and his team are excited about all the recent developments. They are convinced you’ll love Koker and his music even more. “Daddy” is available on all digital distribution platform.

To keep up with all that will be coming from Koker in the next few days follow him on social media via his handle @iam_koker."