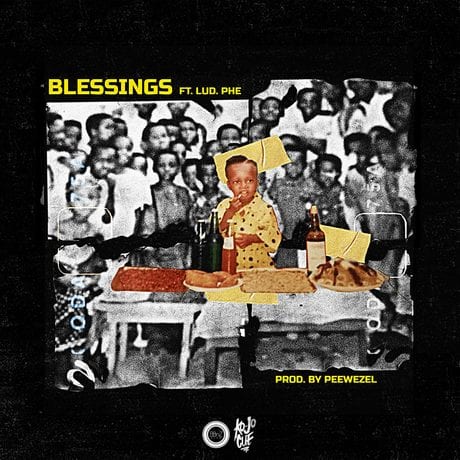 Ghanaian rapper Ko-Jo Cue drops a brand new single, simply titled "Blessings". The song is a collaboration featuring Lud Phe, and it was produced by Peewezel. Cue dropped this one in celebration of his birthday.

Ko-jo Cue recruited friend and StarBoy Worldwide singer Mr. Eazi on "My Baybey" in June. Later in the year, he also teamed up with A.I releasing "Tsioo Benke Mi" a world music (genre) record.  These two records would go on to prove Ko-jo Cue as a versatile artist. On 10 December, MTVBase Africa, an international and entertainment channel, listed Ko-jo Cue together with nine other Ghanaian acts in a tweet, as the hottest MCs of the year.

BMT Afrika, a Ghanaian urban, pop-cultural platform also placed Ko-jo Cue at number 10 on its Hottest MCs of 2016 list based on parameters including impact (year under review), lyrics, buzz, style and other factors that make them stand out from the crowd.

Check out the song below and let us know what you think about 'Blessings' by Ko-jo Cue. Also, let us know if this collaboration with Lud Phe makes sense in the comments!