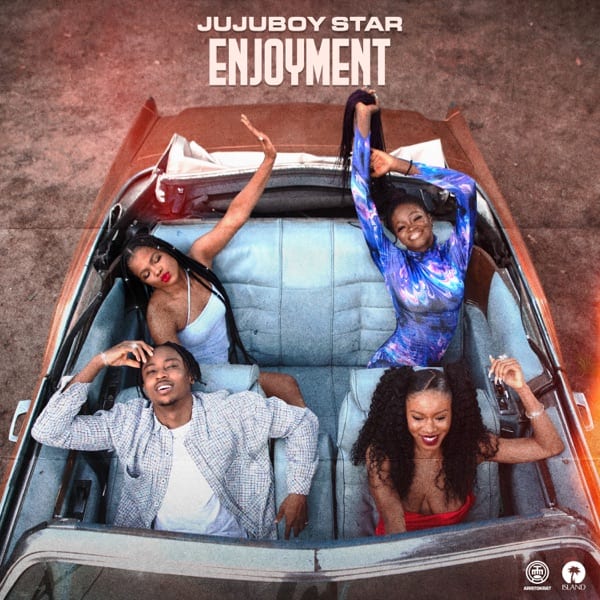 The music that springs from Jujuboy Star has warmth and puny rhythmicity at its core. “I Dey There,” his debut track released in November 2020, saw him emote over a twinkling Kel P beat that had him expressing his attraction for a love interest. Off that debut, the singer born Osaretin Rock Akhibi has set himself on a pedestal.

His follow-up does not let up, if anything, it’s a more confident and engaging showing. Jujuboy Star is more hedonistic than ever on “Enjoyment,” showing diversity and variety to messages he wants to explore thematically. The beat is more throbbing and bouncy than Jujuboy’s debut, showing his intention of crafting a bawdy sing-along for clubs and everywhere people go to blow off steam.

Across its 3 minute runtime, “Enjoyment” weaves panoramic writing with the lilting cadence of neo-afrobeats and spices things up with the glistening horns that are a homage to one of Jujuboy Star’s biggest music influences, Fela Anikulapo-Kuti. By the time the song closes out with a hypnotic blend of Jujuboy’s vocals and Kel P’s vocals, it’s clear that the singer has something special building up as expectations for his debut project builds.