Hotyce – We Don’t Do That Over Here 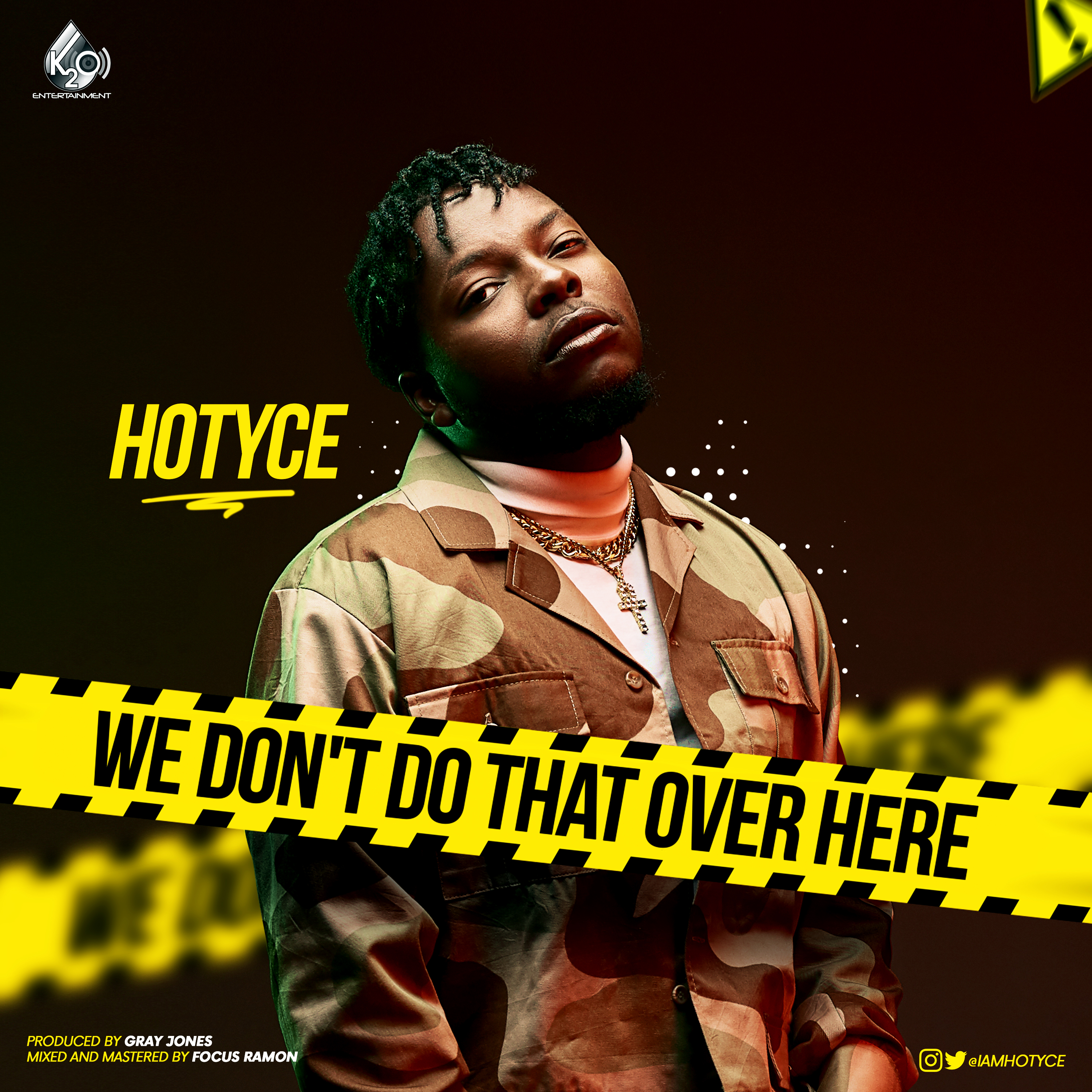 Hotyce – We Dont DO That Over Here

K2O Entertainment’s finest emcee, HOTYCE hints the beginning of a new era with the release of his single ‘We Don’t Do That Over Here’ #WDDTOH.

The track is a heavy, relatable rap song on which the emcee speaks about certain issues, as he
makes it clear, what side he’s on.

Emeka Ejechi, preferably known as Hotyce, is a Nigerian recording and performing artist born in Lagos state. Grew up in Abuja, influenced by music from legends like Dr Dre, 50 Cent, Snoop Dogg and Sade Adu.

‘We Don’t Do That Over Here’ was produced by Gray Jones. Mixed and mastered by Focus Ramon.