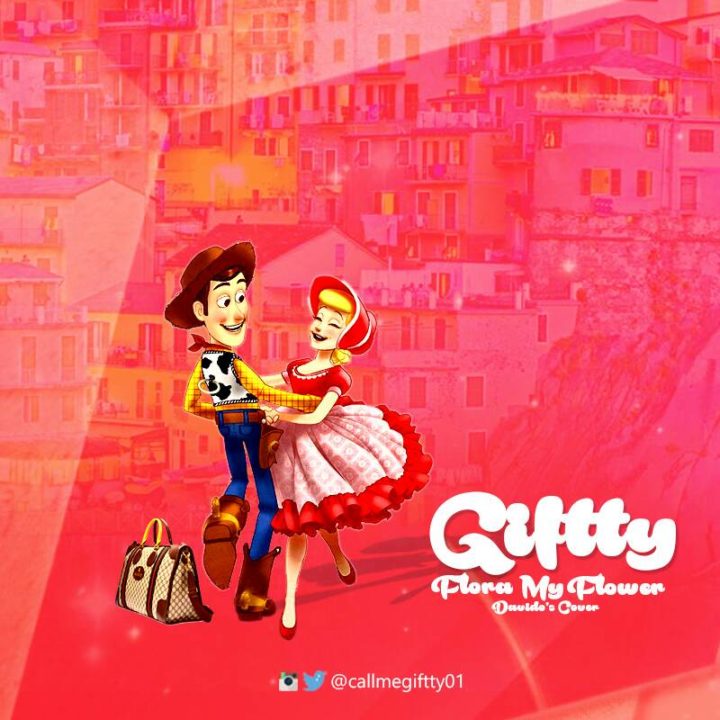 Still basking on the successful release of LORI OKADA the video which features MR EAZI and directed by ADAMSGUD, extremely talented DAVS RECORDS/ 56 HOPE ROAD signee GIFTTY decides to wet the appetite of his fans with a cover to DAVIDO’s recently released single titled FLORA MY FLAWA.

GIFTTY who is currently working on a couple of projects, promises to give his fans back to back bangers as they unfolds later in the year. produced by SBLING , mixed and mastered by TUZI BEATZ