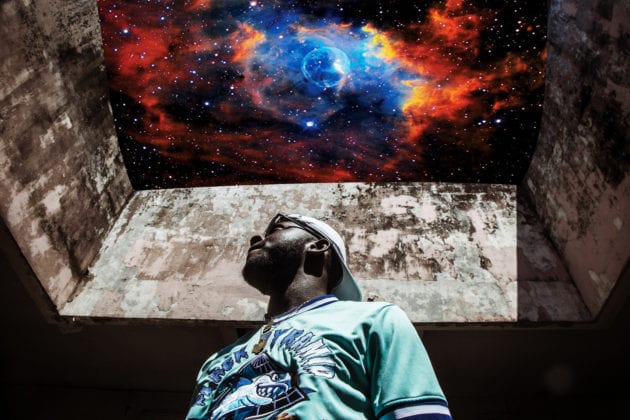 Toyin Ores is an Afro-fusion artist who grew up in Lagos, spent his college years in the United States, and is now based in Ikeja, Lagos.

Anesthetic is a 12-track project that serves to paint a special aesthetic of returning to Lagos after years of being abroad, and re-adjusting to night time life in the precarious city as a young artist based on the mainland.

It features a fresh crop of underground Afro-Fusion artists like NU and Yoshiii, and rappers from Toyin’s college (Penn State University) association like Gaël, Angie On Mars, and Shalom Dubas – who serves a vivid 2 part verse on the idiosyncratic project closer.

A mixture of backgrounds in the realest senses  of the phrase – Toyin Ores who is half-Nigerian  and half-Ghanaian was born and raised in  Lagos with influences from Nigerian, Ghanaian, and British culture. Now he is a self-proclaimed “Baby Boy” whose style is best described as  “Naija Boy wey go Cali.”

Before starting college on the East Coast his  first stop was on the West Coast, in Tracy, CA. While in Cali, he started producing for artists like OG and the BAND collective, and by the  time he was a first-year student at Penn State  University, he had gotten fully immersed in  music production and sound engineering.

When you interact with Toyin Ores, you are  able to feel a fun atmosphere around the 25-year old sound bender. One that is true to his life and being. Upon brief interaction it makes  sense that he views music as an extension of himself, his freest form of expression, and his  safest space. Through Anesthetic, you are able to get a glimpse of just why that is. 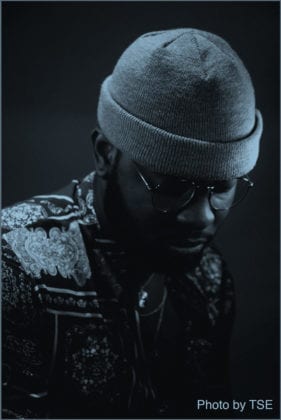 Anesthetic, aptly titled, is Toyin’s first full-length release under AMG x EMPIRE.  Titled both as a noun and as a play on words. The project serves to show the listener an  aesthetic of Toyin’s life as he has returned from the states and is now based on the Lagos  Mainland. Pursuing his dreams with the special constraints that the city can put on a dreamer.

On the other hand, it serves as a sort of anesthesia for anyone who presses play on the  project and takes in the full dose from start to finish.

Ushering in some underground artists from his Penn State days such as: Gaël, Angie On Mars, and Yoshi; Coupled with stand out tracks like Fanta (feat. NU), Conflict, Calling (feat. Yoshi),  and the idiosyncratic closer, Toxic (feat. Shalom Dubas) – Anesthetic is a project that will  unfailingly capture ears and eyes for the rest of this precarious year and more time to come.