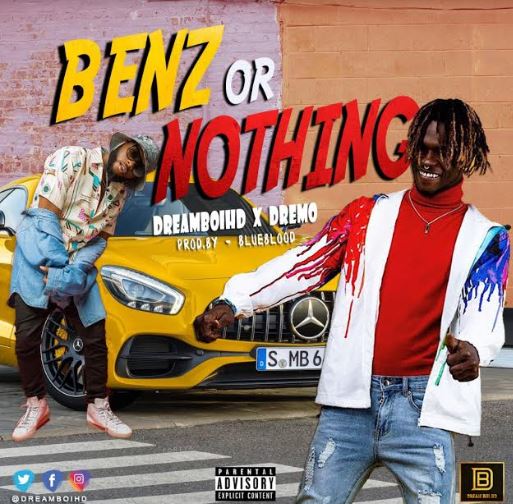 Mathew Inyene Ignatius better known by his stage name “DreamboiHD” is a Nigerian rapper, singer and songwriter who has just dropped a smashing new song titled ‘Benz or Nothing’ featuring DMW rapper, Dremo.

DreamBoiHD was born in Akwa Ibom State and was raised in Calabar where he spent some time, before later relocating to study Building Technology at the Federal University of Technology, Owerri.

DreamBoiHd who speaks English and Ibibio fluently has been a lover of music since he was born and started experimenting with different sounds in his school days, till he finally came up with his own unique sound which is a combination of Trap, hip hop, Reggea, Afro and many more genres.

With his dream of making it to the top in the entertainment industry and with his eyes set on the prize, DreamboiHD moved to Lagos finally in 2015 and spent the next two years working on not only his music but his performance.

Now, not only has he developed his sound, he has also worked with top notch stylists including Vogue Accredited stylist Teni Oluwo of Style Territory to create his own personal style.

In 2018, he exhibited his musical proficency to the world on his first official single titled “Benz or Nothing” which features ‘Dremo’ and since that release, he has been working every single day to put the name DreamboiHD on the map, not only locally but Globally.

Listen to the song below….