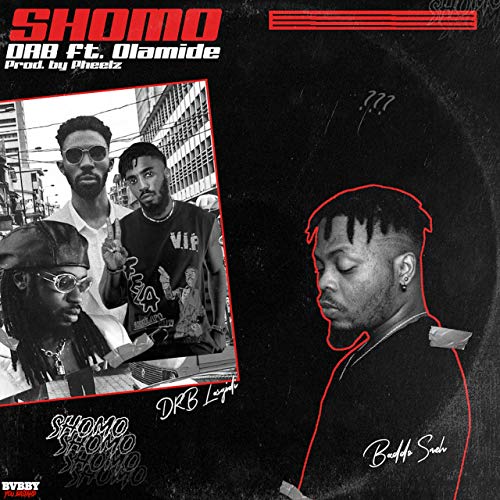 After releasing their electric trap single ‘Necessary”  that ruled the airwaves with the young rave of the moment “Odunsi the Engine” and 2 other fire Singles “Alte & Based On'.

The Alté pioneers ‘'DRB” are back with a Club banger titled SHOMO, which features Pop and Rap Legend Olamide Baddo.

Teezee, Fresh L and Boj, The Solid Trio have created this Banger for fans jump to this Festive season.

Shomo is a Vibrant uptempo jam is produced by Super Producer ‘Pheelz’ and is  one of the singles off the Upcoming DRB project titled "Pioneers”.