Talented singer Dotman has released a new record which he titled 'Drunk In Love.' On the new single, he collaborates with high-profile disk jockey, DJ Neptune. 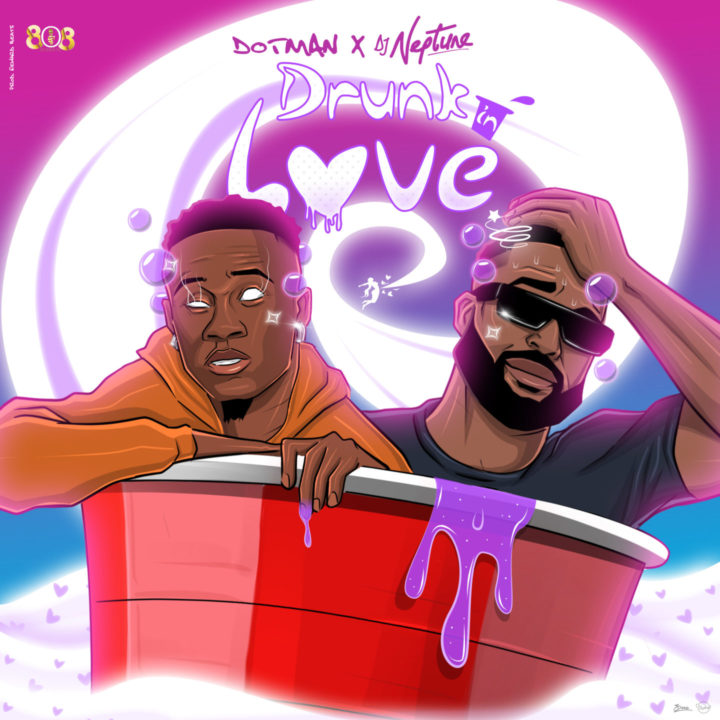 Earlier in the year, Dotman showed his widening musical palette on Hakuna Matata, a debut album that found him tempering his hit-making proficiency with a dedication to making music to soundtrack all sorts of occasions. That gambit paid off across the stretch of the project as he sounded both familiar and renewed, tunnelling into feelings of desire, thanksgiving, and cheerfulness.

His latest single, “Drunk In Love,” is a dalliance with hit-making disc jockey and musician, DJ Neptune, that sees Dotman lean ever more into the nimble flows that made Hakuna Matata a remarkable body of work. Over a jaunty beat that features maximal shakers and percussive drivers, the duo complements each other to a tee as Dotman operates in and around the song’s pockets to weave his whispery delivery while DJ Neptune gives his signature callouts.

The song follows a theme of bacchanal-themed romance that sees Dotman engage in a stretch of drinking while confessing his affection to his love interest as he aims to win her over. Almost a year after DJ Neptune’s wildly successful “Nobody” and seven months after the creative apotheosis of Hakuna Matata, both musicians unite for another moment powered by their intuitive understanding of body-moving sonics. The release serves as a lead-up to Dotman's forthcoming project.