Nigerian singer, Cypher Money has dropped a new single titled Thankful which is best described as inspirational and aimed at motivating listeners.

Cypher Money delivered a new single titled Thankful, a highly lyrical piece that preaches the importance of gratitude in every phase of human endeavour. The song was released on Friday, the 15th of October 2021. 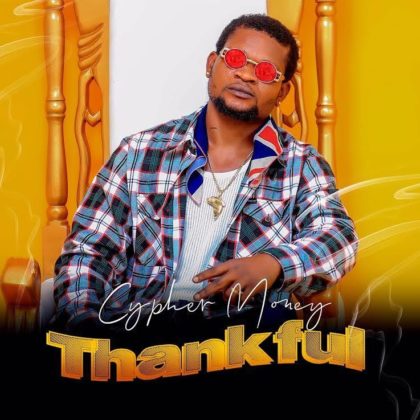 Alliy Quamdeen Oladipupo, known professionally as Cypher Money, is a Nigerian rapper, songwriter, performer who notably has been described as a "Master of the nuanced art of lyrical brevity".

The singer shares his highly anticipated new single tagged Thankful, an inspirational piece that will defiantly connect to every good music lover, produced by Swahhzee.

LISTEN TO THANKFUL BELOW: