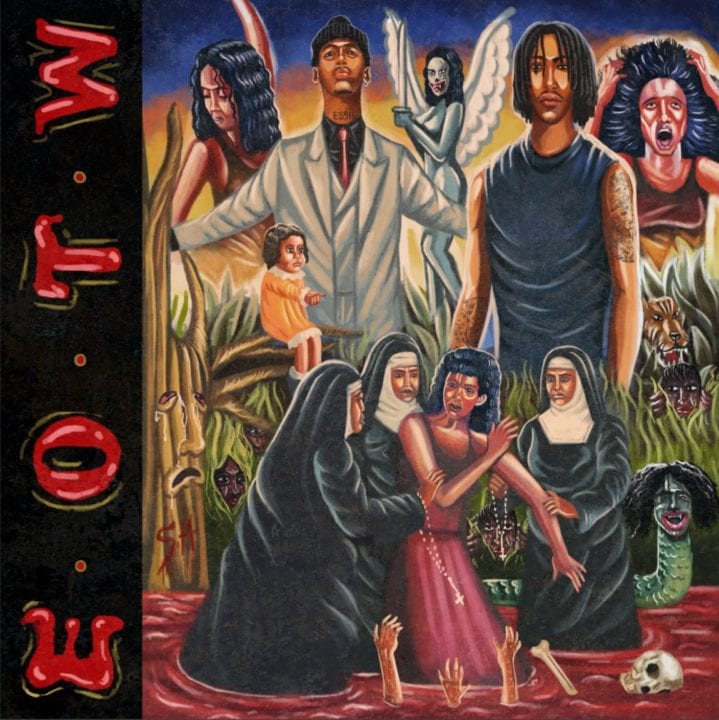 Cruel Santino – End of The Wicked

Cruel Santino previously known as Santi, dishes out a new single, “End of The Wicked”

Nigerian musician and creative auteur, Cruel Santino has released a new single titled “End of The Wicked” (Monster Boy/Interscope Records). The song featuring French rapper Octavian is sombre in tone, fluttering across a shimmering production of piano keys and 808s.

In the track, Cruel doubles down on his ‘Santinese’ — “those whole time kini hickidy wickidy wickidy end of the wicked” — a method first created to put a melody on paper but evolved into a language that fans embraced. The track will appear on Cruel Santino’s upcoming sophomore album, in the meantime stream/save “End of The Wicked.”

Alongside the new single release, Cruel Santino also announced his new joint venture deal with Interscope Records called Monster Boy. Cruel is one of the very few Nigerian artists to strike a JV with a major record label. The singer, formerly known as Santi, first burst on the scene with his own brand of alternative music rooted in pop-indie, dancehall and hip hop. He quickly rose in ranks thanks to his stunning debut in Mandy & The Jungle (2019) which birthed hits like “Rapid Fire” and “Freaky.”

The creative took to his “Monster Boy” channel recently to discuss the name change, parodying a late-night television show. Watch the video and get familiar with the many facets of Cruel Santino.