Choptix taps Gh stars, Medikal & Mugeez, for ‘Put You On’ 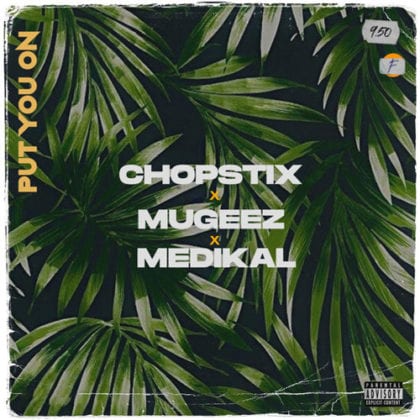 PREVIOUSLY: LeriQ vs Chopstix Has Been The Best Producer Battle So Far [Review]

It’s a serious bop, as we’ve come to expect from the J-town producer, known for creating several hits for the likes of Ice Prince, Yung L, Skales, Phyno, Burna Boy, and many others. Listen to the song below.