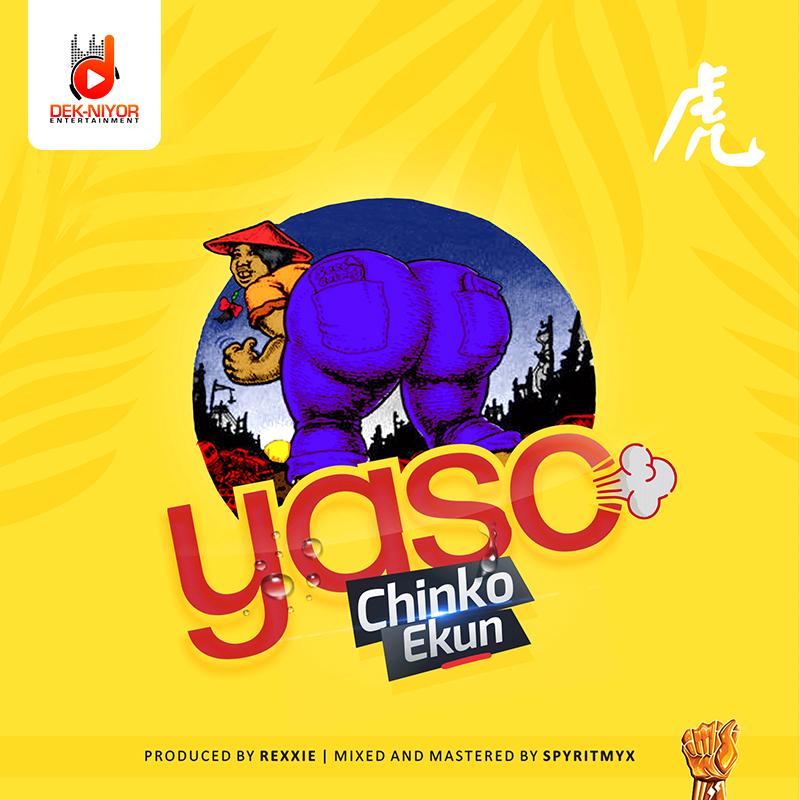 Dek-Niyor Entertainment front man Chinko Ekun is here with this new record titled “YASO” his second track of the year after the successful release of his first single ‘Bodija’ ft reminisce  getting massive airplay nationwide.

‘Yaso’ is produced by @rexxiepondabeat and as usual Chinko Ekun never disappoints with his delivery and still keeps up the high standard he has been setting. With mixing and mastering credit to @Spyritmyx.
The release of "YASO" will be followed by a "Dance Contest". Follow his social media handles for more info @ChinkoTiger @DekniyorEnt