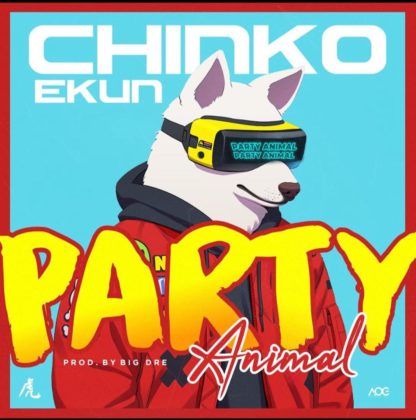 Anticipation reaches its climax as Nigerian rapper and songwriter, Oladipo Olamide Emmanuel, known professionally as Chinko Ekun, comes through with his second official single for the year 2019, titled “Party Animal” amid the Coronavirus pandemic.

Party Animal is a follow-up to chart-topping and fan-favorite record “2000 & Retaliate” which has gone on to become one of the biggest rap songs on the continent of Africa.

This new single “Party Animal” produced by Big Dre, and mixed by Verbbmusic, showcases yet another side of the talented rapper and looks set to cement his place as a mainstay on the Nigerian entertainment scene.