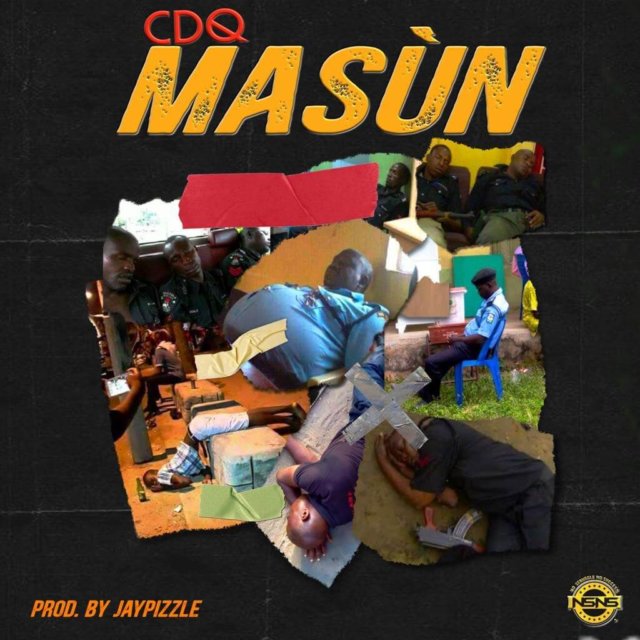 “Masun” was mixed and mastered by popular sound engineer, Swaps, it comes after the release of his previous record “Akwabah” featuring highlife act, Flavour.

On the artwork, CDQ portrays photos of Police officers sleeping on duty. However, CDQ has commenced work on his upcoming project.