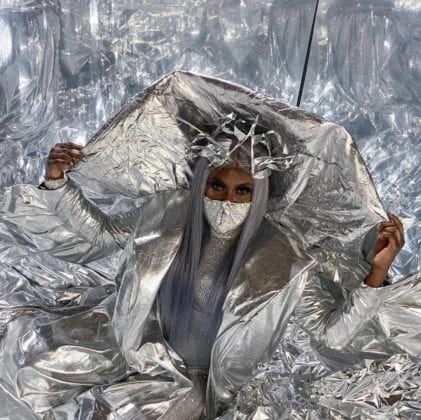 Simi recently shared the Restless II EP, a quite different sound from her Soul/Folk styles of the past. This duet with hubby Adekunle Gold is a standout, a lyrical take on infidelity from both lover’s angles.

We never expected a music album from Basketmouth but it’s on the way and from this first single, it’ll be hot! The palmwine music vibe of SDC is present on this record. Oxlade comes through with those ethereal vocals to complete the home run.

Tekno knows how to create sweet melodies from everyday situations and his latest single demonstrates that ability yet again. On “PuTTin,” Tekno refutes claims of being in a sexual relationship with a lady, making light of the situation.

Afropop might be the dominant genre in the country but rappers are holding it down. PayBac, whose CULT album is one of our favorites is one such MC. On the remix of “ACTIV8” he calls on some of the most credible lyricists around, placing this among the stellar rap records of the year.

As Nigerian music veteran Olamide prepares to release an album (Carpe Diem on October 8th), he’s headed to the dancefloor for his latest single, “Green Light“, a melodious and strategic affair intended to pull his fan base closer to himself.

Shopé is a Toronto-resident Nigerian Afrofusion singer and among the leading voices of urban music in Canada. His RIKIKI EP was released over the weekend and “Shope,” his first single from the project was richly entertaining as well as bubbly and showed Shopé’s intent with his music.

Afro House queen Niniola released her debut project Colors & Sounds over the weekend. A scintillating duet with vocal powerhouse Nonso Amadi opens the album and what a beautiful record it is.

Meji is very talented. Of course, it’ll interest you to know he has the coveted M.I. Abaga cosign but more, he’s a very artistic rapper who cares for sound and cohesion over hard bars and that makes The One, his debut offering, an EP you must listen to. “Guap” sounds like a fun day in Lagos cruising …without any terrorizing SARS agent in sight.

You probably know how this song sounds but that doesn’t mean a listen wouldn’t move your body. Naira Marley was born for the bangers and with another song to groove and twerk to, December might be his.