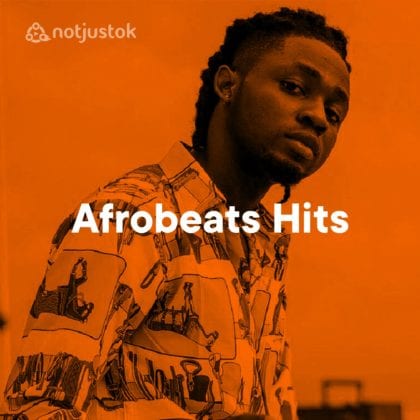 Over the past week, so many artists dropped albums, EPs and other projects, including the likes of Omah Lay, Timaya, Lil Kesh, Qdot, Basketmouth, Yemi Alade, and WurlD. On this week's Best New Music, we highlight some of our early faves, as well as new releases from Zlatan, King Perryy, and more.

In the words of Basketmouth, "I dare you to skip a track." He's right. The International Comedian's new album "Yabasi" (OST - Papa Benji) comprises 10 unskippable tracks. It was hard to make a single pick off it, to be very honest.

I decided to highlight "World People" because it's been a while since we heard from Flash. As this record proves, he's still as sick as ever.

It takes J.Cole-level confidence to release a whole album without a single feature. That's what veteran hitmaker Timaya has done with his latest album "Gratitude". While there are quite a few tough tracks,

I'm highlighting "Don Dada", because that's what Timaya is... The Don Dada!

Former YBNL heavyweight, Lil Kesh just dropped his latest body of work, the Ecstasy EP. The 8-tracker houses several potential hits, with the Fireboy collab being the one that instantly sticks out. It's such a sweet love song (Listen here).

If you had to choose a Revelation of the Year 2020, but his name doesn't start with "Omah" and end with "Lay", your choice is invalid, I'm sorry. This kid has come to disrupt the status quo, figuratively and literally. His 2nd EP of the year, What Have We Done, currently sits at #1 on Apple Music Nigeria, ahead of new albums from Davido, Wizkid, and the rest; much like he did with his debut project "Get Layd", which dominated streaming platforms for much of the year.

Omah Lay keeps raising expectations and smashing them. #WHWD houses 5 new tracks, including the 6lack remix to Damn. My pick off the 5-tracker is "Godly". A signature banger from the PH boy.

If there's one surprise omission from the 2021 Grammy nomination, it's Yemi Alade. While she played her role in announcing the nominees, her album - Woman of Steel - narrowly missed out. That's okay though. Yemi Alade continues her remarkable consistency by releasing a brand new album titled "Essence".

My pick from the album is "Deceive" featuring one-half of the defunct group, P-Square, Rudeboy.

Qdot is quickly becoming the face of Modern Apala/Hip-Hop. His new album "Alagbe" is getting very decent reception among music listeners, particularly in the Lagos/South-West axis. Peep the cut with Patoranking titled "Magbe".

Peep one of them below.

Timaya's protege, King Perryy gears up for the release of his debut project with a Kizz Daniel collabo tagged "Waist". If I were you, I'd go on his Instagram page right now to see some really nice waists. 😉

A post shared by CITIZEN OF THE WORLD 🌐🦅 (@kingperryy)

It's been a while since we heard from producer Chopstix. Earlier this year, Choppa gave us a reminder of his greatness over the years during his IG battle with LeriQ. Glad to see him back with new music.

With the Off The Record EP set to drop this Friday, former Mavin star, Reekado Banks serves up a new joint "You Dey Mad."

Looks like Aristokrat Records have found another gem. I've been keeping tabs on Jujuboy Star since I came across his music on Soundcloud last year. He's now found a home with Aristokrat. Hopefully, they give him the platform he needs to fulfill his undoubted potential.