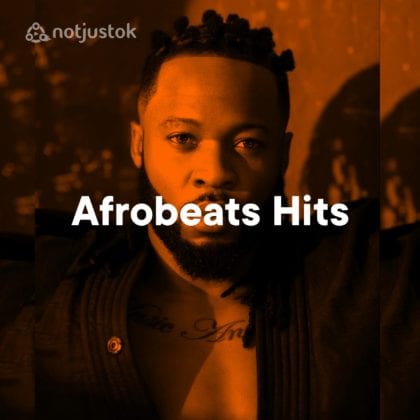 The past week has been one of the heaviest in terms of new releases across the industry. Let's get right into it!

Wahala for who no like y*nsh this December o! Flavour just dropped an anthem for babes with big back-side. This one is off his brand new album "Flavour of Africa", which dropped over the weekend.

Nominated in the highly-prestigious Artist of the Year category of The Headies 2020, Mayorkun's presence among the industry heavyweights shows the kind of year he's had. To cap it off, the DMW superstar drops a fresh cut tagged "Your Body".

Needless to say, it's another "Ogene" banger.

When he's not being an #EndSARS activist, a comedian, or an award-winning actor, Folarin Falana takes up his fairly modest side-hustle: music.

Such a blessed young man.

For far too long, Nigerians saw conscious music through the lens of Fela Kuti. Those who attempted such socio-conscious creativity usually channelled their inner Fela by creating Afrobeat-sounding tunes to go with the lyrics. That is changing, as can be seen on Rema's new record "Peace of Mind". Listen here.

Yes! Another Fireboy feature on this week's Best New Music round-up! This time, it's with Huncho himself, Peruzzi.

Amapiano is the official sound of Detty December.

Skales dishes out a new DTAC-produced joint "Inumidun." It's a feel-good number.

Niyola is back! Finally! And what a way to return!

Olumoranti which is translated from Yoruba as 'God I Remember' is the singer's ode to her late parents who passed on two years apart within the last three 3 years. The video is evocative, gripping and a laudable display of strength.