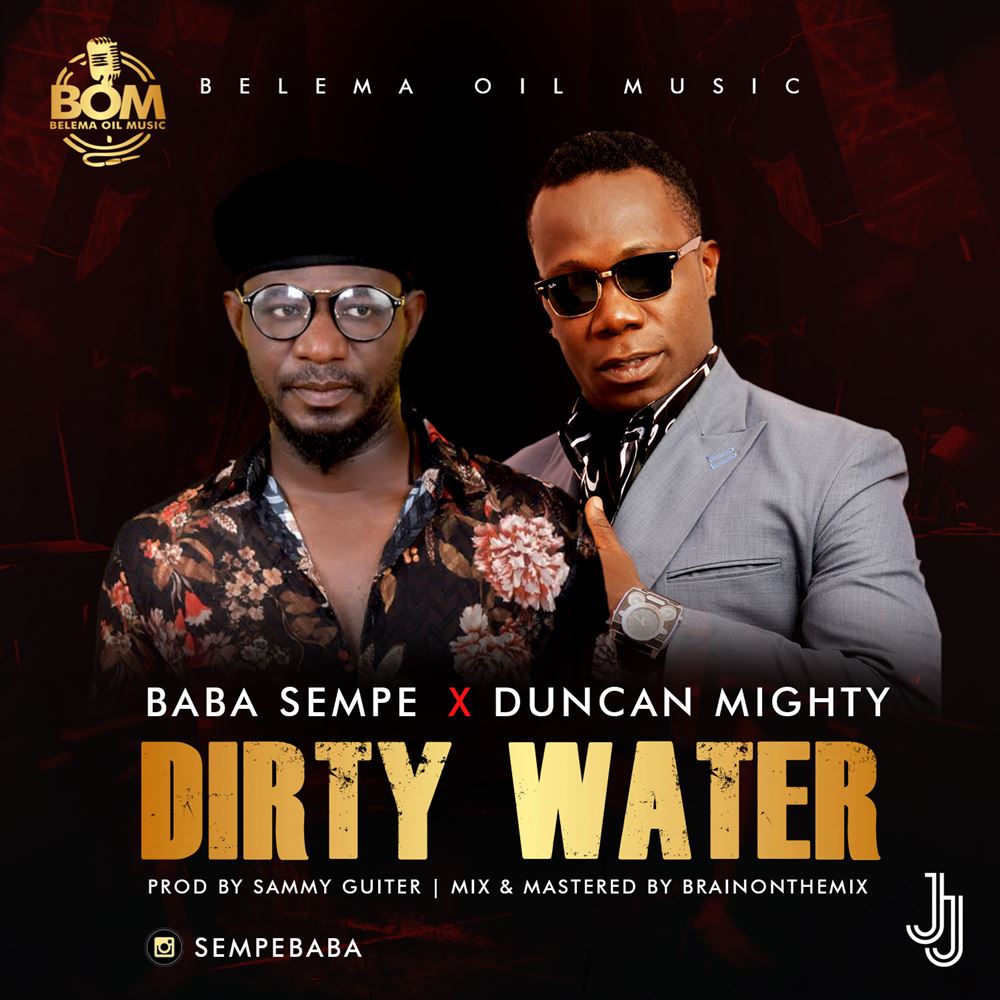 Baba Sempe, real name Dauye Marvin Youdubagha, is a veteran musician who started music before this technology age, when music were consumed in cassettes.

The iconic musician who hails from Kolokuma-Opokuma LGA in Bayelsa State, enlists rave of the moment, Duncan Mighty to add more flavor to the melodious tune, ‘Dirty Water’.

‘Dirty Water’ is a low-tempo mellow track that brings back the golden grooves of the olden days, and laced up with contemporary lyrics that tells a relatable story.

The veteran musician is currently signed to Belema Oil Music, he has two albums to his credibility, his debut album titled ‘Mama’ was released in 2004, while the second successful studio effort dubbed ‘Area Don Wan’ was dropped in 2006.

‘Dirty Water’ was produced by creative music doctor, Sammy Guitar; mixed and mastered by Brain On The Mix. Check out the song and ENJOY!