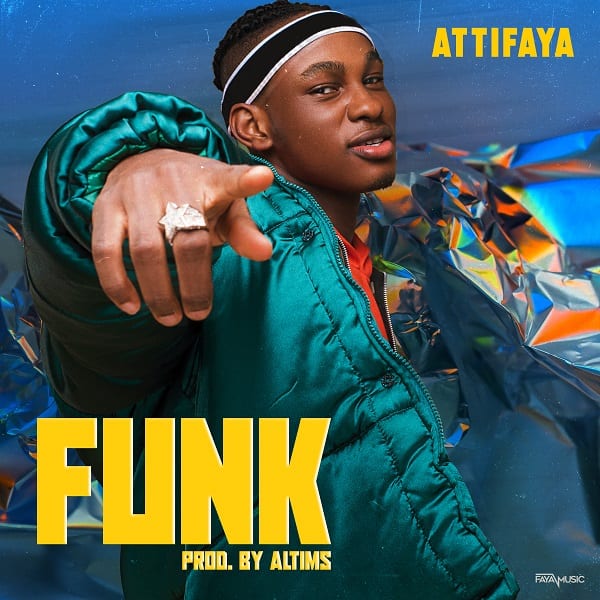 Nigerian musician, ATTIFAYA (formerly Attitude) has released a new single titled "FUNK". This single serves as the lead single from his debut extended play album, "FAYA VIBES", which is set for release on June 18, 2020.

"Funk" is his first release as an independent artiste and it was produced by ALTIMS, who also led the music direction on the EP. The multi-talented artiste delivers on this Afro-Swing record, which is totally different from everything we have heard him on.

Born Destiny Eghomwanre in Benin City, Edo, Nigeria, AttiFaya, has done music professionally as an artist and songwriter for about nine years. Starting from being signed to Timaya's Dem Mama Records at 15, to being signed to Achievas Entertainment at 17 and most recently earning writing credits on Reekado Banks' Rora and Put in Pressure, Bella Alubo's Fire and more. ATTIFAYA is set for greatness, one release at a time and there's no stopping him.