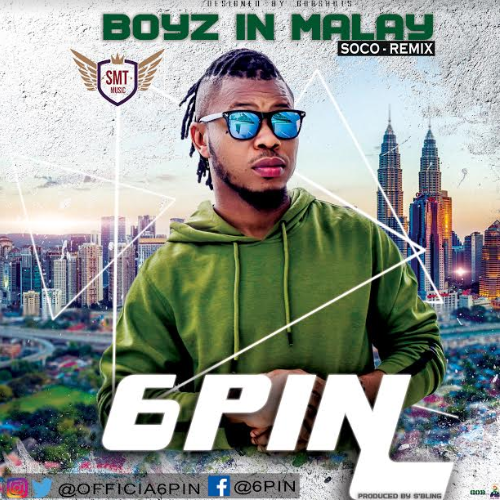 Comrade Izuchukwu Emmanuel known as 6Pin is a talented Nigerian Afro-hipup artist based In Malaysia, Songwriter/ Composer, 6Pin started his music career as a group artist known as B2,in 2007 they released a single Featuring  duncan mighty titled FIRST CLASS Produced by duncan mighty and after the release  the group B2 disappeared but 6Pin didn’t stop his music career, he went as far to study more about music returning back as a solo artist after 11 years 6Pin came back  5 months ago with his first single hit titled BLESSINGS Produced by S’Bling audio available in all digital stores,6Pin music career took a positive change after he released his first hit single BLESSINGS.
This time 6Pin came back with another blast hit titled BOYZ IN MALAY Produced by S’Bling after he remix soco by wizkid which confess to be the best soco remix ever.
Connect  with 6Pin on
Instagram & Twitter: @official6pin
Facebook: @6pinofficial