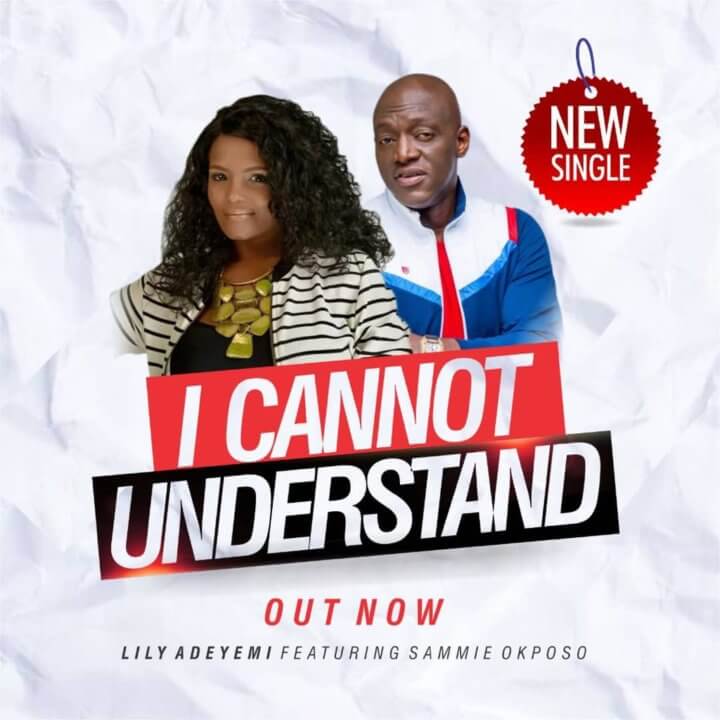 Lily Adeyemi (also known as LIHLE) is a South African by birth, who is based currently in California, USA and she is the Resident Pastor of The Kingdom Arena, California, USA.

Speaking about the inspiration behind the song and working with Sammie Okposo, Lili shares: "One day i was thinking about God's grace, the number of times that i personally have messed up and fallen short.
I thought about how it hurts when the people that i love do wrong towards me and how i have even given up on some of them. But God keeps giving us a second chance, third chance and pretty much so many chances!

"I just couldn't understand how someone can do that but then i realized that God is not human. He doesn't deal with us the way humans do.

"I've always admired minister Sammie Okposo, the anointing upon his life, the power of God that he exudes when he is on the stage worshipping, i knew that one day I will feature him in one of my songs. So when my husband traveled to Nigeria, he spoke to him about being involved in this song and he gladly accepted. It was a great honor to have him on the song with me"

MORE ABOUT LILY ADEYEMI
A dynamic speaker and a recording Artist, Lily Adeyemi is a music minister,a preacher of the word, wife and mother, happily married to a Nigerian (Pastor Promise Adeyemi, Lead Pastor of The Kingdom Arena, California, USA.
Lily Adeyemi obtained her B.A degree in communication studies at the University of South Africa while she is also presently pursuing studies in Psychology at her base in California, U.S.A.

She is also passionate about her purpose which is to empower woman across the globe to fulfill their God's ordained purpose without any barrier. Pastor Lily Adeyemi ministers in conferences around the world both in music and speaking engagements.
Lily Adeyemi also believes that the acceptability of gospel music in the society is on the increase, as most gospel singers are making music that appeal to all audience, especially the younger generation.