Former Leader Of Defunct Group X-Project (of "Lori Le" fame) - Akin VOP - Goes Gospel! Releases Video For "It's Not Over" 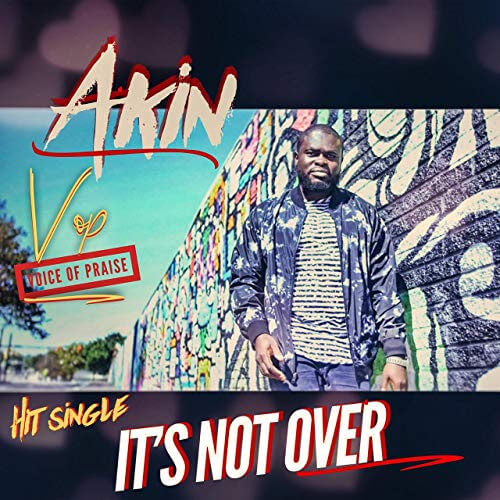 Akin VOP (Voice of Praise), the former leader of the defunct AfroPop group X-Project, popular for hits singles including "Lori Le," "Aiye Mi" and more, has crossed over to Gospel music and has now released the official video for the single "It's Not Over," a song that partially shares the testimony of his conversion to become a music minister.

Akin, known as Majeed while with X-Project, but has now rebranded with the moniker 'Akin VOP (Voice Of Praise),' declares with the single that it's not over, rather God just began working His wonders with his life and call.

The AfroPop artiste turned Gospel music minister captures his transformation story in the video shot in the USA, where he now resides. As he shares his testimony, Akin VOP stresses that God's miracle also includes a choice to believe and act, on the part of the person involved.

"Not many people know my story... not many know my journey. They just know that this guy who used to be part of X-Project, is no where to be found, so I need to tell my story more with emphasis on the transformation that has happened in my life," Akin VOP said.

Following his conversion, Akin VOP has been involved in ministry assignment in Virginia USA, including being part of a Choir team, He is part of the MFM Virginia Choir which released singles such as "Victory" and "Holy Spirit." He released "Hallelujah" and "It's Not Over" in 2018 while paying a visit to Nigeria where he toured radio stations including Rhythm FM.

"It's Not Over" was produced by Puffy Tee and directed by HD Genesis Films.