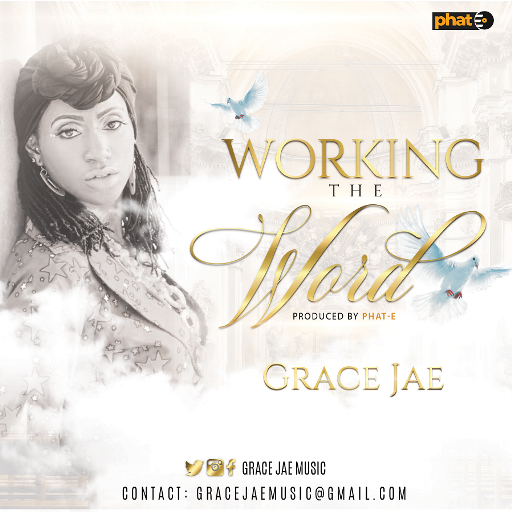 "Working the Word" is a catchy, declarative song by Grace Jae that decrees the promises of God over your life. It stands as a reminder and an anthem that faith without works is dead according to James 2:26 and that in order to have the promises of God manifested in your life, you have to "Work" the Word which basically means to let action follow your faith by standing on His Word, declaring His Word, and believing that all of His promises concerning YOU are indeed Yes and Amen forever!!!

Grace Jae is not only an ordained minister but also a multi-faceted Gospel/Worship recording artist and a songwriter whose music spans across various genres to include Christian Hip-Hop, R&B, Pop and the list goes on.

Grace Jae was born and raised in Dallas, TX but proudly waves the green, white, green banner of her Nigerian roots that she proudly embraces and captures in her unique ethnic and afro-centric style.
Grace Jae found her singing voice at a very early age and started to pursue music as a secular artist in early college and it was not until much later in her college years that she knew that her gifts were not for the secular arena but her gift is to be used to magnify and lift up the name of Jesus and draw the attention of the world to Him alone.

Grace Jae has over 10+ years’ experience as a Worship Leader and has held the office and assignment of a Youth Minister for years mentoring and teaching in accordance with the mandate the Lord gave her years ago to teach youth the importance of the power of their tongue and to embrace their identity in Christ.

Get her new single - Working the Word