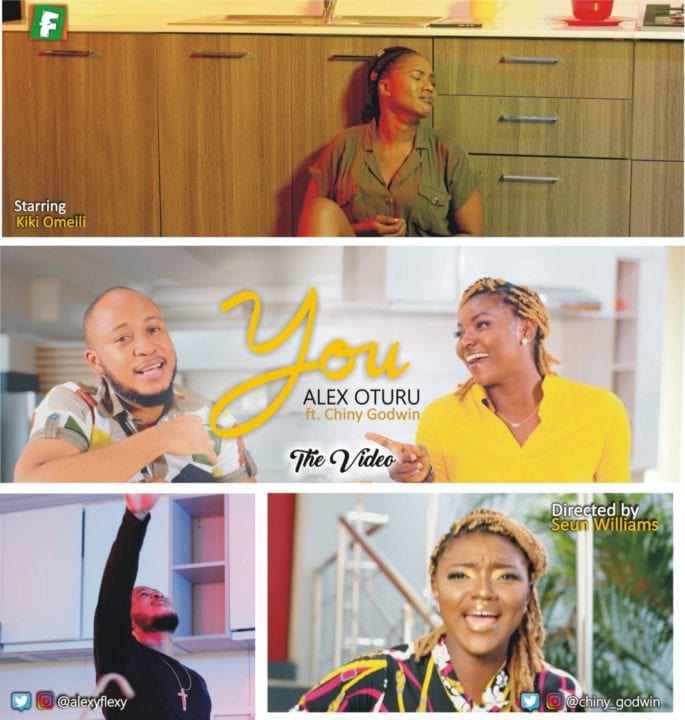 Cover Banner for “You”

Following the successful release of his debut single, “You”, several months back, as well as his sophomore single, the soulful worship tune, Papa, Alex Oturu has finally released the visuals to the song featuring Chiny Godwin.

WATCH THE OFFICIAL VIDEO FOR “YOU” BY ALEX OTURU & CHINY GODWIN

Stream and Download the single, “You”
Song Production Credits
Advertisements

Connect with the Artistes on Social Media:
(Instagram/Facebook/Twitter) – @alexyflexy  | @Chiny_Godwin

What are your thoughts on the new video, ‘You” by Alex Oturu ft. Chiny Godwin ? Kindly leave your comments below