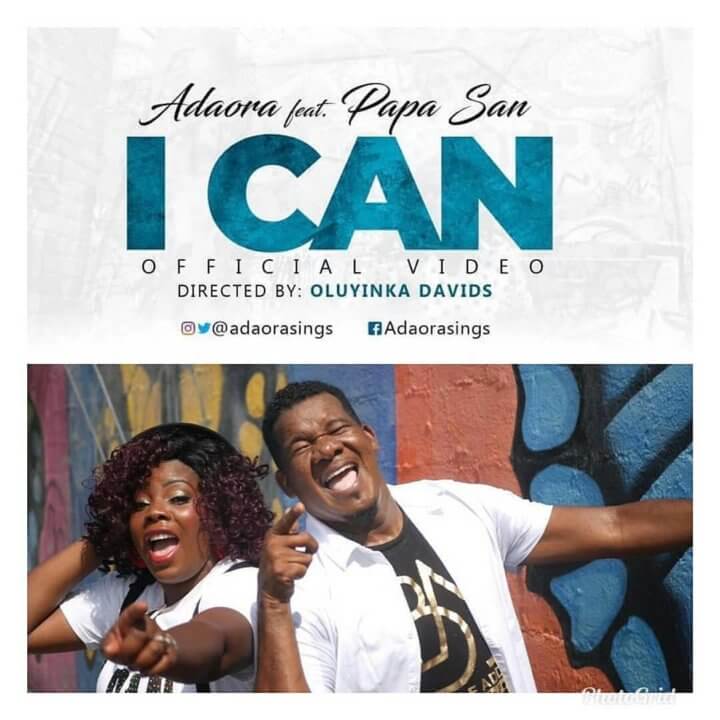 Shot by Oluyinka Davids in Maryland, USA, the video showcases captivating scenes and cameo appareances by Adaora's family (husband,children, mum) and friends as they all encourage you and remind you to keep your head up cos, Yes, You can do all things through Christ that strengthens you.

Speaking about the song and feature with Papa San, Adaora shares: This Song “I CAN” produced by Lexisuger, reminds us that WE CAN! As you head to that interview, labor ward, business meeting, exam, promotion cycle, keep repeating “I CAN” because you can accomplish all this year!!!

“It was also a great experience featuring Papa San. This great man of God loves Africans and Africans love him too, so we were a great fit. I hope everyone can listen to the song and share to encourage another person.

My intent for writing and releasing this song is for all of us to go through this year with a positive mindset and remain positive no matter what the enemy throws our way.

Keep singing this song because YOU CAN, I CAN, WE CAN and WE WILL accomplish all this year! ” – ADAORA

Adaora is a renowned Worship Leader and Recording Artist based in America and has released many hit singles including ‘Papa, I Come, ‘Last Christmas and many more.

The veteran Reggae Dancehall king, Papa San is renowned for his many hit singlesand lbums which have topped billboard reggae charts, 12 marlin awards, Stellar/World Music Awards including nomination for Dove Award.
He has also been featured by Lecrae, Israel Houghton, Fred Hammond and many greats