Belgium based Gospel Artist, UniekGrace teams up with Eloho in new single release

Sensational singer, UniekGrace has teamed up and ft Eloho to drop a song for the year titled, Nearer. 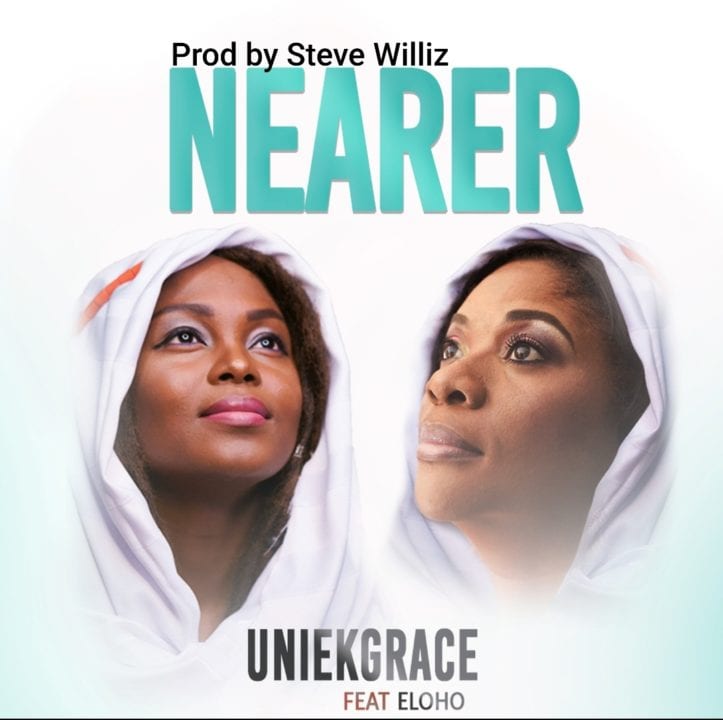 This song was produced by the great Steve Williz, and Speaking about the inspiration behind this Eloho ft song, Nearer, Uniekgrace shares

This is a time when we need God more than ever. With my own vibe, I present you a revamp of the old hymn “I am Thine Oh Lord” by Fanny Crosby and I call it “Nearer”. This is the song I pray with and it is my intimate song with God during this Corona/Covid19 crisis.

If I can just stay nearer to HIM, I know I would be ok. If the whole world would be closer to Him, be humble and pray for more intimacy with Him, we will all be ok

Funkè (Uniekgrace) Ojo-Emessiri, born in Ondo State, Nigeria on the 2nd of June 1982 is a Christian Urban-Soul-RnB-Contemporary musician as well as a songwriter.

She grew up in different parts of the world namely Nigeria, Italy, Switzerland, Angola, North America, and lastly, Belgium where she now resides with her husband and two daughters. This made up a large impact on the music she produces.

The gospel Afro-Urban singer/songwriter has been building a buzz in Nigeria and countries in Europe since 2016 with the release of her single, “I’m a Survivor”

The singer won the award “Artiste to Watch 2017” from the platform, Top Naija Music Awards in Nigeria. This followed by another award for her first EP, E Go Better, which won “Best EP” in Belgium by The Amanda Lazmon Foundation. She later was nominated Artiste of Excellence Europe by AGMMA2018 in England. In 2019 she was recognized on a Europe Diaspora Platform, The Voice Magazine as “appreciated support” for the diaspora network which took place in the Netherlands.

Being a typical third culture child, Uniekgrace grew up dividing her time between Italy, Switzerland, the USA, and Nigeria. Presently, she resides in Belgium with her husband and children. She by no means encountered many different styles and cultures which enabled her to benefit from a larger palette of music influences while defining her own sound.

Indeed, it is by fusing the Nigerian afro culture with all other cultures she has encountered that brings out the uniqueness of her sound.

In 2018, she enrolled for a 5-year music academy of Jazz in Belgium which she is still undergoing, in the light of bringing more unique sounds into the music industry. Presently, she has released hit songs like KU’ISHE and KOSI, and once quoted saying: