Nigerian Soulful Gospel Artist, Tobi Jeff Richards is out with a brand new single titled "Whatever", produced by Tyanx. 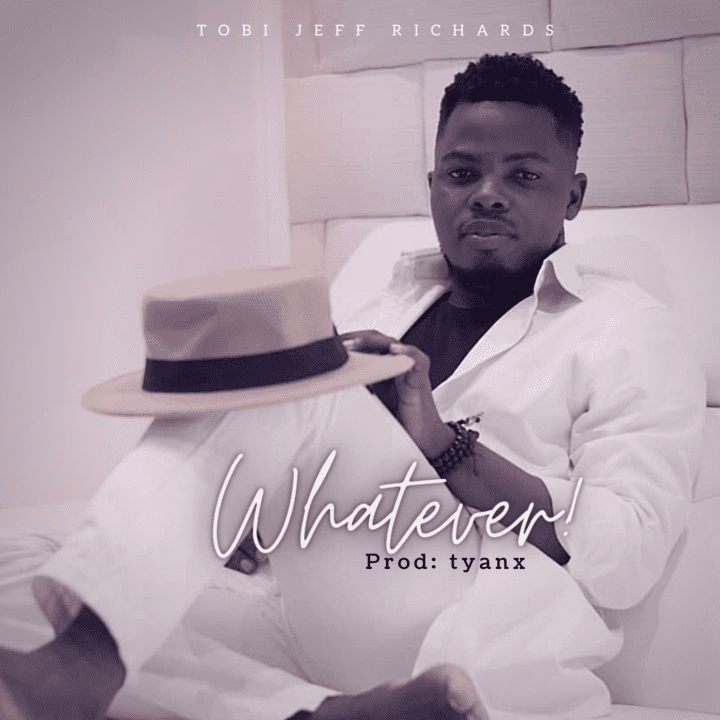 Art Banner for "Whatever"

Speaking about the single, Tobi shares:

This single is different because the spirit of God laid it in my heart to send a reminder to those who already know and tell those who don't, that being a believer doesn't automatically mean it's going to be a smooth journey all through , there would be bad days and good days. And yet in the midst of it all, God has promised never to leave you !

Tobi expresses that believers have mastered the act of praising God only when things are rosy and feel really down when things don't go as planned . In his new single, he encourages his listeners to praise in good times and even the hard times.

WATCH THE OFFICIAL VIDEO of " Whatever'