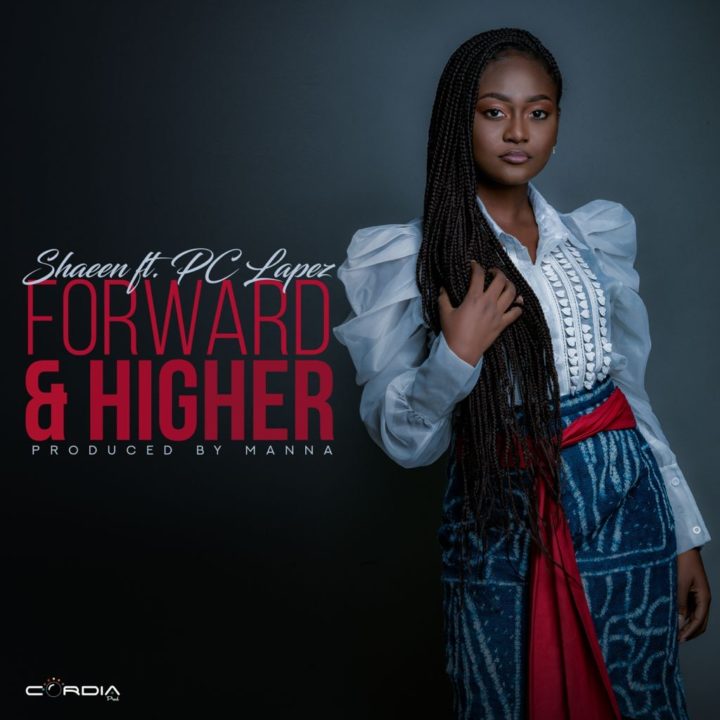 Speaking on the song, Shaeen shares: “The forward and higher project is simply the expression of victory; Victory of Christ in my life because today I can say loudly that Jesus Christ is Lord.

On the other hand, the fact that today I am doing what I always wanted: Singing for God. It is a real privilege for me to sing for the one who saved me. This is what justifies my statement: ALWAYS FORWARD AND HIGHER. This song will uplift our mindset and our lives”.

MORE ABOUT THE ARTIST
SHAEEN, whose real name is DEUTOU NSIANI Frederick Shine, was born on February 27, 2003. She took her first steps in music at the age of 7, in pairs with her sister Sasha.
In 2010, they made their first live scene at the French cultural center of Douala.

They are accompanied in their passion by their parents and especially their aunt Chérie Tata Sandrine. After the precipitous death of the latter, they pay tribute to her in their first album entitled “MES PREMIERS PAS” by performing songs composed by their aunt during her lifetime.

This is the click. They will multiply the services in their school and out-of-school environment, thus gradually nourishing their dream. In 2013, they initiated and recorded their maxi Single of 03 titles entitled MANDA or RACINES. They participated in the 4th edition of the Festival quartier Sud, and got massive recognition from the media.

From the end of 2013 to 2017, they presented the program BON DEPART on Canal 2 International, a program focusing on the education of young children.

Today SHAEEN has evolved as a solo artist but the two sisters have kept the microphone by working on projects dear to their hearts. Her sister Sasha chose Journalism and SHAEEN chose music.