Out Now: "The Spirit of Life" Album by Tope Alabi & TY Bello 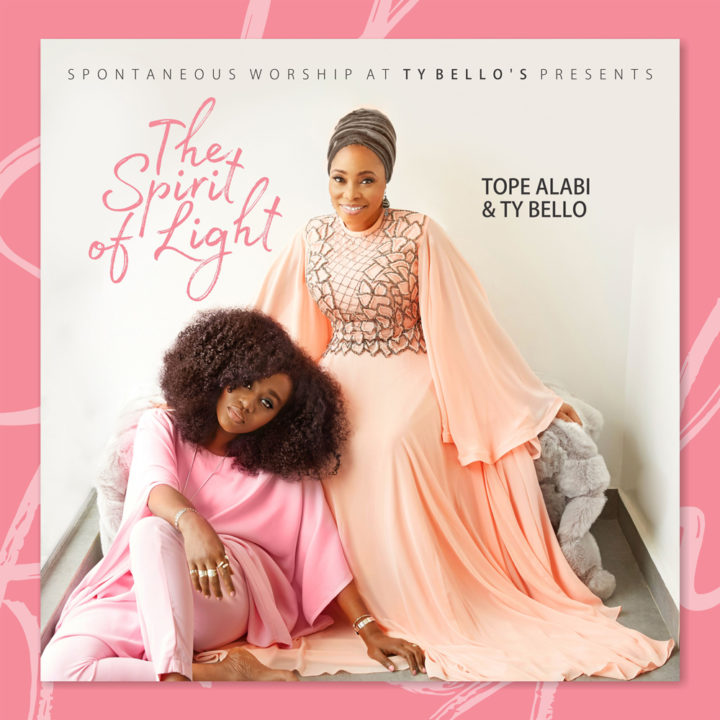 The SPIRIT OF LIGHT album is a spontaneous worship session with seventeen unscripted songs performed live over a three-hour period. This joint album by Tope Alabi and TY Bello features the already sensational and successful single- LOGAN TI O DE and sets the pace for other hit singles such as AWA GBE OGA and ALL THE GLORY BELONGS TO YOU.

Tope Alabi, is a successful gospel musician with 10 albums to her name. A savant of the Yoruba language, scoring over 1000 original soundtrack for Yoruba movies and has become the voice of the very established Yoruba movie arm of Nollywood which is the third largest film market in the world. Tope Alabi was also the most streamed artist on Boomplay in 2018. 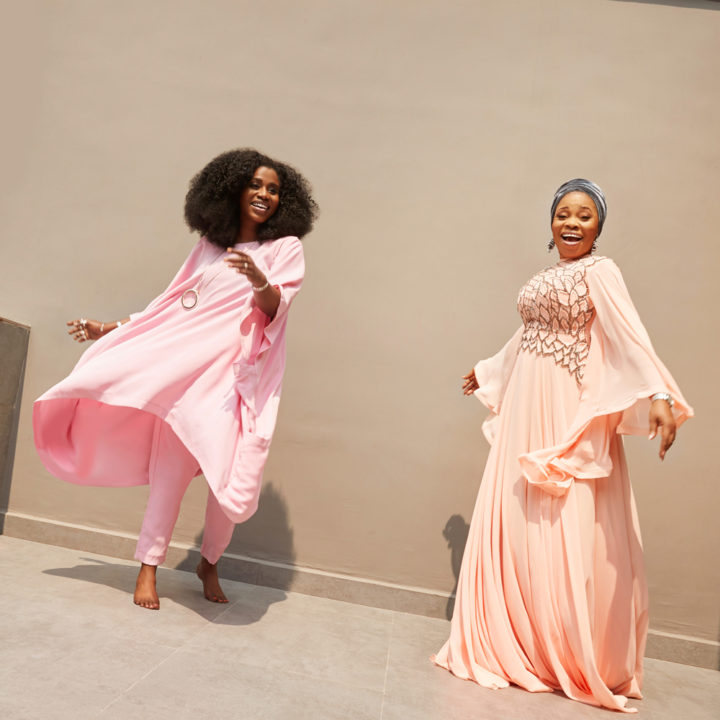 TY Bello is a household name across Africa; she is best known as the photographer of Kings, Presidents and notable individuals across the world. Her debut album GREENLAND was a huge success and launched her voice and sound to many, home and abroad.

In 2015, TY Bello, began spontaneous worship sessions, which has become a hub for worship leaders to meets and fellowship in God’s presence, singing new songs. The Spirit of Light Album is the product of one of these unscripted meetings. 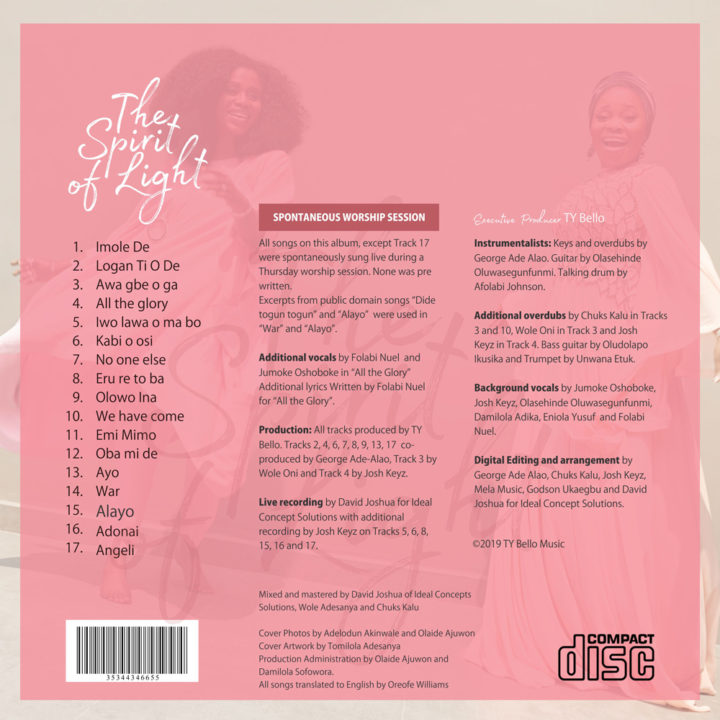 This project is now available on iTUNES, BOOMPLAY, DEEZER, SPOTIFY and many more.