Minister Ladi Has Released a New EP titled 'My Offering'

Minister Ladi's debut project 'My Offering' is a 5 tracker EP with just a feature alongside one of Nigeria's most versatile artist 'Olamide'. The project receives production credits from renowned music producer ID Cabasa and Nigerian American producer Gbenga Ajayi while also recruiting the expertise of Vincent and Zeeno Foster for the mixing and mastering of the EP. 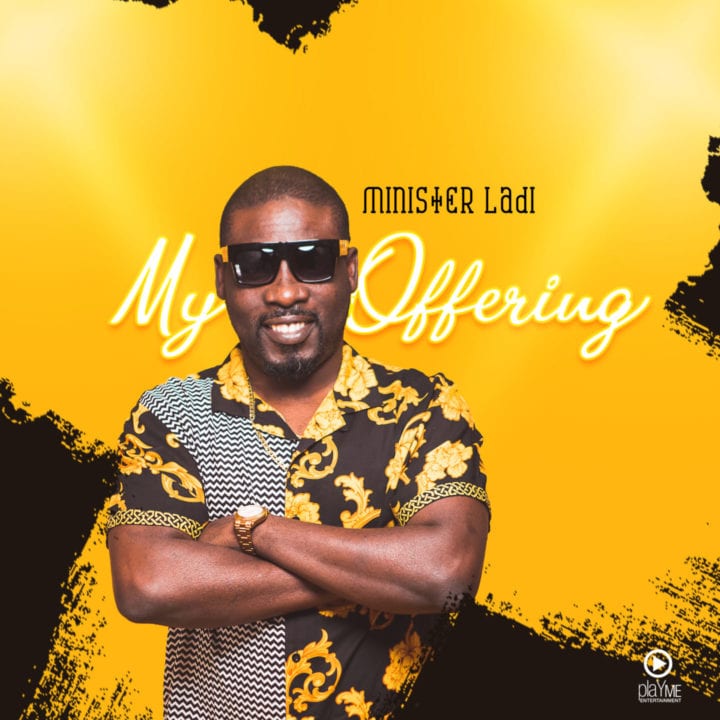 Banner for "My Offering"

More About the Artiste

Play Me Entertainment artist “MINISTER LADI” is a seasoned gospel artiste, worship leader and a prolific songwriter with a career of over two decades. Having started his music career while growing up in the church choir as a teenager, Minister Ladi went on to co-found a musical group of four called POTIMAGES back then in Nigeria, the group released two successful albums to their credit and also performed/ministered across different Nigerian churches and University campuses.

On a mutual agreement and healthy terms, each member of the group decided to go ahead and do their solo projects as they are all currently based in the United States of America.

In 2018, Minister Ladi released his debut single 'You Are Glorious' which was produced by ace producer 'ID Cabasa'. His music is influenced by passion and love for the gospel.

See the Tracklist for "My Offering" EP 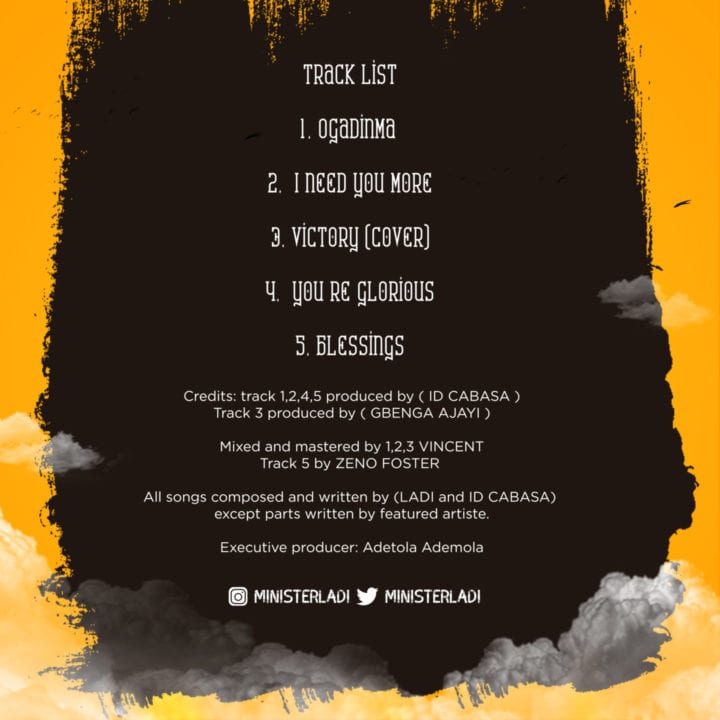 Tracklist for "My Offering" EP

Stream and Download the EP - "My Offering" by Minister Ladi