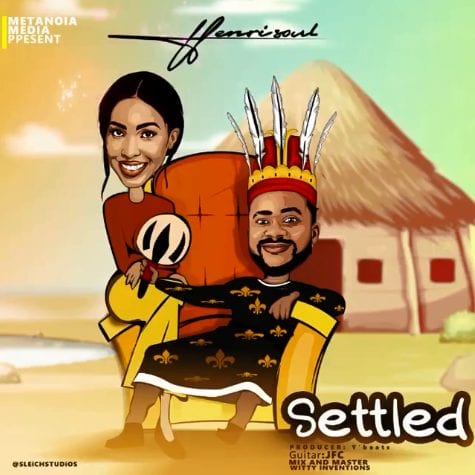 “By his blood on Calvary, Christ has settled us on all sides” – Henrisoul

The singer also dropped the animated lyric video alongside the single – now you have no excuse for not singing along to this new jam.

The popular afro-pop Gospel artiste recently tied the knot with his wife, Folu and you can see caricature snippets of her in the lyrics video as Henrisoul also highlights their love as evidence of God’s settlement in his life.

See Also: Nathaniel Bassey teams up with Chandler Moore & Oba in “Olorun Agbaye – You Are Mighty