Nigerian Gospel Artists, Jahdiel and Eben have released the official video for their collaborative single, "Jesu Doh" - a song of Celebration this Easter as we celebrate the Death and resurrection of The Lord Jesus Christ. 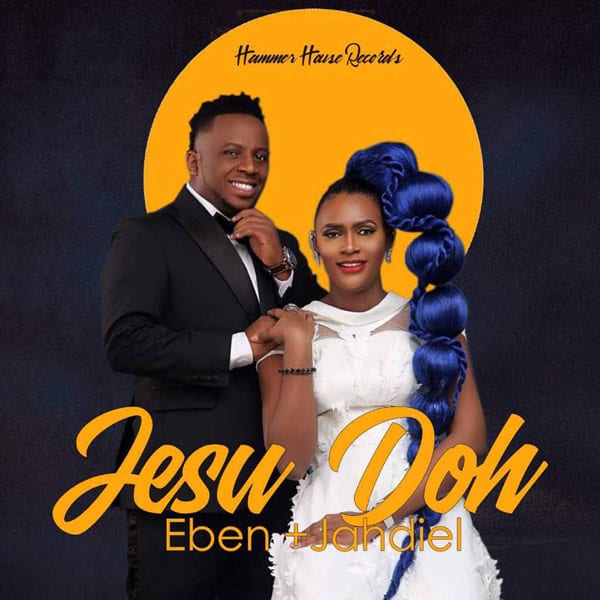 
MORE ABOUT THE ARTISTS

EBEN
Eben is an Award winning Nigerian Gospel Artist, was born and raised in Lagos, Nigeria, the fifth of six children.
In 2005, Eben became popular as a gospel singer,after his first big public appearance, at a youth conference organized by Pastor Chris Oyakhilome, where "Imarama" was first heard.

In 2013, Eben released another album titled “Justified”, which included songs like “You Alone Are Worthy”, "Onye Nwem", "How I Love You", "For Ever" and "All The Way".

Eben also has a record label called Hammer House of Rock, with a business arm called the Hammer House Ventures, which specializes in video and music production, event management and interior decoration. And also another album titled "Magnified", with songs like “Stayed On You”, "Everything", "Idi Nma", "Lifted Hands" and other worship songs.

Eben went viral after he released a song titled “Victory”.

JAHDIEL
Grace Jahdiel Benjamin popularly known by her stage name Jahdiel, is a contemporary Nigerian gospel singer, songwriter and vocalist. She professionally began her music career in 2006, releasing her debut album Heritage in 2008. Jahdiel is presently signed to Hammer House Records, a record label owned by her husband Eben.

She has many chart topping singles and albums including "Uwese", "My Hands", "My Light" , "Sweet Holy Spirit " and many more