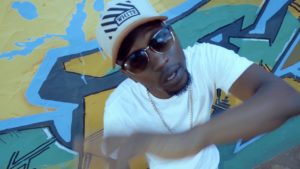 Last time we got the audio and now the video is finally out. This time around we get to see KSL be more than just the star of the video but also we get to watch the visuals he co-directed alongside Vybz Liper. KSL is one of the new age rappers who is consistent in putting out work on top of it being rich in content. He kicks off his musical year of 2018 with a track off his upcoming album titled “Father To Son”.  KSL is here to say “hi hater” on his new track as he is cruising to the top. The video was shot and edited by Vybz Liper of Inner Heights. Enjoy the visuals!