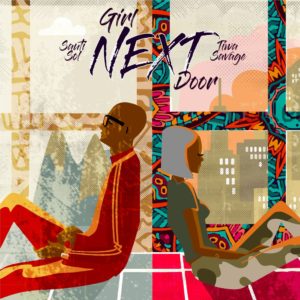 The song was composed by Sauti Sol, mixed and mastered by Supersonic Africa, written and performed by Sauti Sol and Tiwa Savage, co-written by the phenomenal femcee, Fena Gitu from Kenya.

GIRL NEXT DOOR is a wavy sound into the new year- revolving around a love story between a guy and a girl on the same block (Bien Aime and Tiwa). The music video was shot in Lagos, Nigeria and directed by Unlimited LA.

Tiwa Savage speaks on her first collaboration with Sauti Sol: "It’s been such an honor to work with Sauti Sol as I have been a big fan of their work since their first album 'MWANZO' back in 2008,” adding, “I am looking forward to us performing GIRL NEXT DOOR live in Kenya in the near future.” Sauti Sol echo Tiwa’s sentiments: “We love this jam so much! We’ve been eying Tiwa Savage for years and we’ve always wanted to work with her. The collabo was seamless and everything we anticipated it would be.”