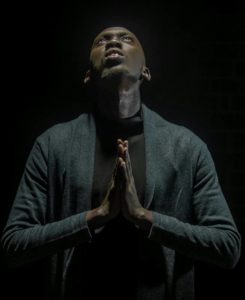 Last year Ajo  broke ground on his new album titled “African reality“ which would be divided two sections, with section one  focusing on Africa from the moment of colonialism and white rule while section two is the “Reality” section which is also a more personal section of the Album for Ajo. We got a couple of new singles off the album like “Transcend” and the latest being “Nuba” produced by Nase Avatar. According to Ajo Nuba is a song about African Identity which is clearly manifested in the video of the track all the way from wardrobe to the various performances in the video.

“This song refocuses the attention on self-worth and acceptance of who we are as Africans from skin colour to mental tenacity. The song points out some of the outstanding characters in African History such as Shaka of the Zulu Kingdom, Mansa Musa of the Mali Empire, Kabalega of the Bunyoro Kingdom, Emorimori of Teso among others. This Song highlights the state of life in Africa with personal description of how it feels to be part of Africa.” said Ajo. The Clean Block Music rapper is giving us something fresh in the industry and also work that is rich in content both visually and artistically. We can’t wait for the album.