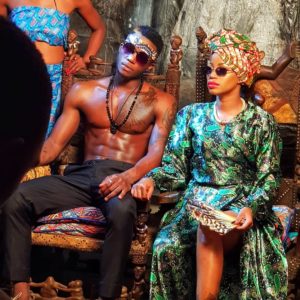 With a concert already underway, Sheebah is releasing project after project in preparation for the big day. Her latest release are the visuals to her single "Mummy Yo" off her forthcoming album titled "Omwooyo". The single been out for a minute but the visuals breathe life into it and put it back onto the charts/rotation. The Sasha Vybz directed video has Sheebah putting up a great performance with a retro wardrobe to go along with it. As the location and sets change so did the wardrobe which took the video from the old-school vibe to the modern urban vibe giving the video different approaches to the song.