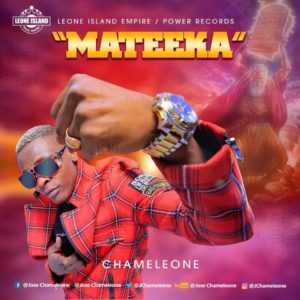 The Doctor is here to redefine the rules (Mateeka) he has surpassed and continue to lead a whole generation of music in East Africa.His new single titled “mateeka” which loosely translates to “Rules”  is here to make us dance. Mateeka is a celebratory track and Jose Chameleone through his lyrics calls us to be thankful for the years we’ve gone through breathing safely. The track is produced two talented gents Ronnie and Rinex and they give Jose an edge on this one as they lay a dope instrumental for the legend. The visuals take a comical approach as we see traffic officers trying to arrest him and then letting him go after releasing he is Chameleone. Enjoy!