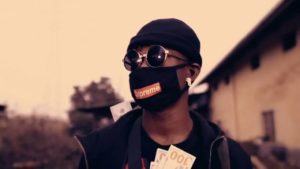 Fik Fameica had a great 2017 with one of his songs titled "Kutama" being one of the most played songs of 2017. However, he was criticized for not using original beats to any of the songs he put out. To kick off 2018 he again jumps on another beat he doesn't own original used by rapper Chin Bees from Tanzania for his ‘Pepeta’ single. This formula of jumping on other people's beats has worked for Fik Fameica hence the reason as to why he keeps using it even if  he's criticized and he has enjoyed so much success off it.