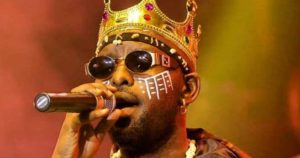 As the president of Uganda gets ready to address the nation later in the afternoon and the parliament ready to read the 2019 budget, Eddy Kenzo has released the visuals to for his political conscious track “Volongoto” which rubbishes the current system ruling the country. The song speaks to the realities of almost each African country and weaknesses of the ruling governments such as corruption, abuse of freedom of speech and the human rights in general. Furthermore he talks about the struggles in the ghetto and area he knows far too well cause that’s where h e came from to be a successful artist. The visuals speak to the story of the song with wonderful acting performances that show the different challenges in a work place.