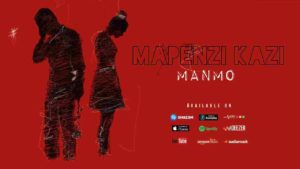 Bongo artist to look out for; ManMo  has released his second single which he titles  "Mapenzi Kazi".

ManMo is a recording artist originally from Mombasa, Kenya who is currently in Dar-es-Salaam, Tanzania .His debut single Tike pleased the fans greatly and just a month later, he is back with another banger.

Check out the  visuals to Mapenzi Kazi below.

This track is produced by Monangstar of Classic Entertainment Records while the music video is directed by Creator Pro.